Thousands track ‘mother of all queues’ for Queen Elizabeth online 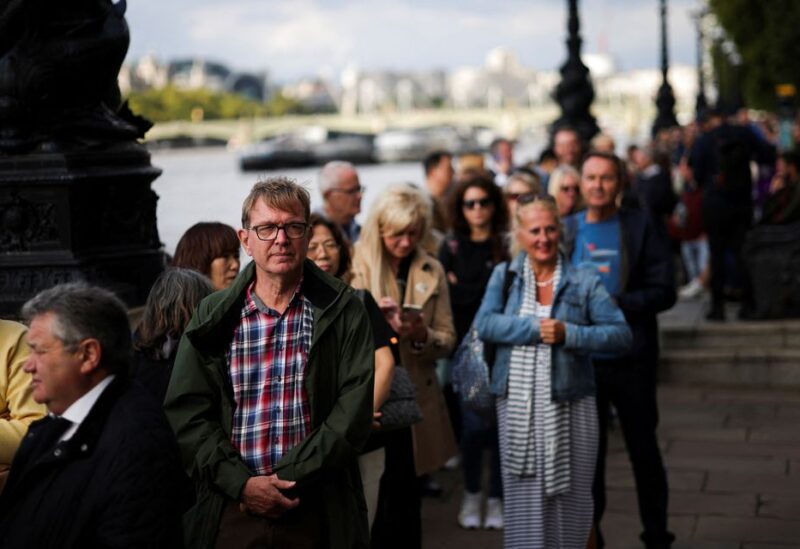 More than 10,000 people watched a YouTube video feed that provided live updates about a miles-long line snaking through central London to pay their respects to the late Queen Elizabeth.

As of 1530 GMT, over 12,000 people were watching a live YouTube broadcast of the queue to Westminster Hall, where the queen’s body will lie in state until Monday.

By contrast, a BBC News video on YouTube broadcasting footage of what people were actually queueing for — visuals of the Queen’s coffin from inside Westminster Hall — had only about 5,000 people watching it around the same time.

The total number of people who might have viewed the queue tracking video, created by the British government’s culture department, could be significantly higher, with the broadcast having begun hours earlier on Thursday morning.

Some users online joked about the queue being visible from space, while others focused attention on Britons’ love for assembling in an orderly line.

“For we British, this is the queue we’ve been training for all our lives. All those hours queuing in post offices, at bus stops, & to board planes… The mother of all queues,” Twitter user Jonathan Green wrote on Thursday.

Titled “Queue Tracker”, the video shows a simple Google Maps snapshot of central London on its left-hand side with the route of the queue marked out in the royal color of purple.

The right side, using a respectful black background, displays some serious queue statistics that may terrify the faint-hearted: the length of the queue (4.2 miles or 6.8 km as of 1530 GMT), an estimate of queuing time (“at least 9 hours”) and the nearest landmark to the endpoint of the queue (Bermondsey beach along the River Thames).

Many of Britain’s leading newspapers including the Daily Telegraph and Metro also carried the video on their websites. Officials expect some 750,000 people in total to view the queen’s coffin.

In another sign of the interest in Britain’s royal family since Elizabeth’s death one week ago, the final flight carrying the late monarch’s body from Edinburgh to London became the most tracked flight in history.