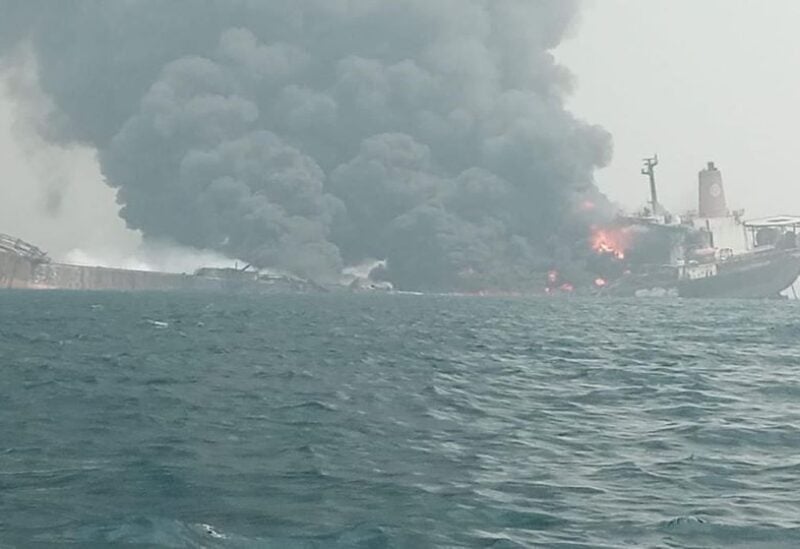 The operator of the Nigerian oil vessel that exploded and sank last week , said that three crew members, have been found alive while seven were still missing.
The Nigerian FPSO Trinity Spirit — a floating production, storage and offloading vessel — caught fire following an explosion on Wednesday, but the blaze was extinguished a day later.
The vessel was located at the Ukpokiti Terminal, along the coast of the oil-rich Niger Delta region.
Ten crew members were on board the vessel at the time of the accident.
Ikemefuna Okafor, the executive officer of Shebah Exploration & Production Company Ltd. (SEPCOL), the vessel owner, said late Sunday “three crew members have been found alive in the community.”
He said the company would ensure they receive the appropriate medical attention.
However, Okafor said that “one dead body was discovered in the vicinity” of the vessel, but it was not immediately clear if it was a crew member.
“The identity of the dead body is yet to be ascertained,” he said, adding that efforts were ongoing to find the remaining crew members.
“Focus of our joint efforts is to prioritize investigations toward establishing the whereabouts, safety, and security of the seven crew members still missing, clean up and limit damage to the environment, and establish the cause of the explosion.”
The vessel had a processing capacity of 22,000 barrels per day and a storage capacity of two million barrels, according to the company’s website.
Environmental campaigners expressed fears of spills, but Idris Musa of the country’s spill detection agency NOSDRA, told AFP on Sunday “no spill incident yet other than emulsified oil in small quantity.”
Nevertheless, he said the agency was “watching more closely.”
Despite being Africa’s largest crude producer, accidents are frequent in Nigeria’s oil and gas industry, although they usually occur on land.