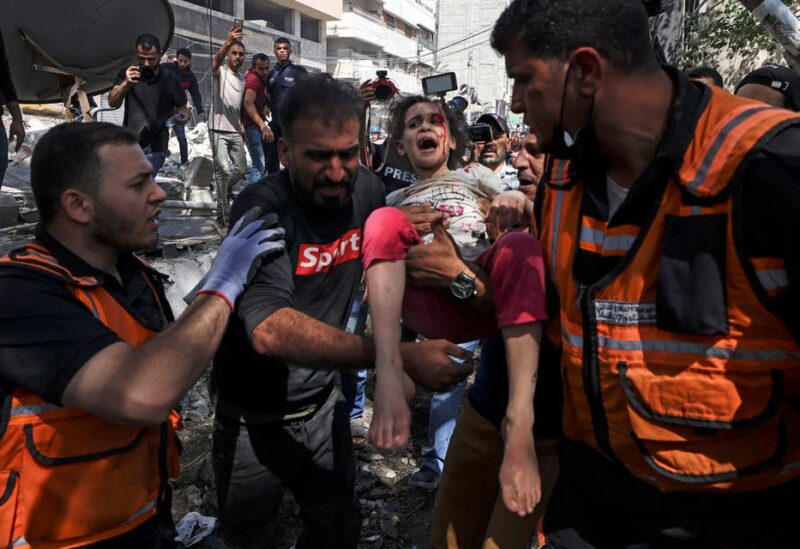 Three children are injured every hour in Israeli airstrikes on Gaza, the London-based children’s charity Save the Children said on Sunday.

“More than a thousand people in Gaza, including 366 children, have also been injured. This amounts to almost three children injured every hour in Gaza since escalations began on the 14th May,” the organization said in a statement.

Save the Children has called for an end to ongoing violence in the Gaza Strip, which it says has killed 58 children in the Palestinian city.

“Almost 60 children have been killed in Gaza in a week. How many more families need to lose loved ones before the international community takes action? Where can children run to when airstrikes rain down on their homes?,” Jason Lee, Save the Children’s Country Director for Gaza, said.

“Save the Children is calling for an immediate ceasefire by all parties, as 58 children in Gaza and two children in southern Israel have been killed in the last week,” the organization said in a statement on Sunday.

At least 197 people have been killed so far in the blockaded city, the Palestinian Ministry of Health said on Monday, adding that the number was expected to rise as rescuers continue to dig through the rubble of damaged buildings.

The raids have damaged power lines across the city and fuel supplies – the soul source of power and electricity in the Gaza Strip – are low, according to Save the Children.

Health facilities and civilian infrastructures could soon be left without the power they need to deliver crucial supplies and emergency treatment, the organization said.

The International Committee of the Red Cross (ICRC) on Sunday released a similar statement, condemning the raids and saying Israel’s “bombardment” in Gaza is preventing the ICRC and other organizations from helping civilians injured or affected by the bombings.

“For people in Gaza, access to hospitals and other vital infrastructure has become very complicated because of the incessant airstrikes and major damage to roads and buildings,” Robert Mardini, ICRC’s director-general, said.

Critically ill and injured children are also unable to leave the blockaded city for treatment, Save the Children said.

“Families in Gaza, and our staff, are telling us that they are at breaking point – they are living in hell with nowhere to seek refuge and seemingly no end in sight. Now basic supplies and power are running low, compounding and further fueling this humanitarian catastrophe,” the charity’s director added.

According to the UN, the latest damage to infrastructure has also left 480,000 people in Gaza with limited or no access to water.