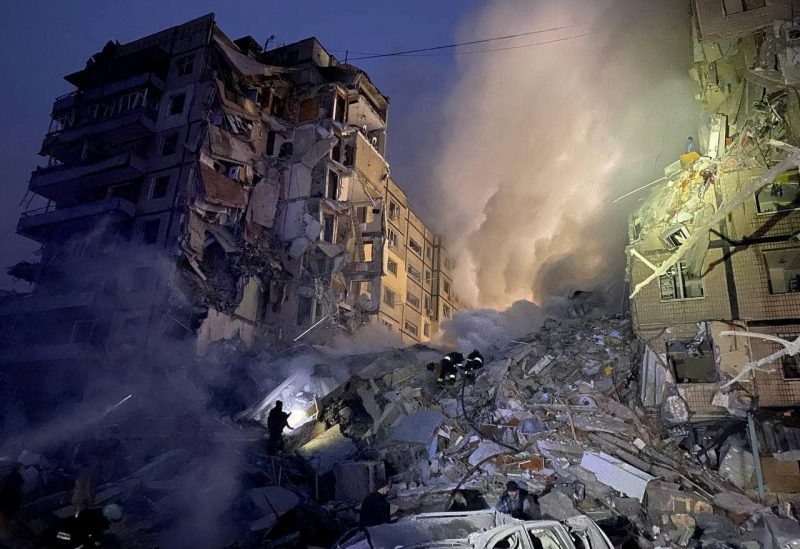 Rescuers work at the site where an apartment building was heavily damaged by a Russian missile strike, amid Russia's attack on Ukraine, in Dnipro, Ukraine January 14, 2023. Press service of the State Emergency Service of Ukraine/Handout via REUTERS

Three soldiers were killed and 16 were injured in an ammunition explosion brought on by the “careless” handling of a grenade in the Belgorod region of Russia, close to the Ukrainian border, according to Russian news media on Sunday.

State news sources stated the explosion took place in a cultural facility that had been converted to house weapons for Russia’s military forces and cited local emergency services for the death toll.

As of Sunday evening, eight more service members were still listed as missing, according to the Interfax news agency.

“As a result of the unintentional detonation of a hand grenade by a sergeant in a dormitory … a fire broke out. Sixteen servicemen, including the culprit, have been taken to hospital. Three more died,” local emergency services said in a statement cited by news agencies.

The dead and injured were conscripts called up to fight in Ukraine as part of a mobilization campaign, according to the 112 and Baza Telegram channels, which are connected to Russia’s law enforcement services.

The city of Kharkiv has been the target of numerous Russian missile attacks since the invasion of Ukraine in February, and the Belgorod region borders this area of Ukraine in the northeast.

11 servicemen were killed in October when a shooter opened fire at one of the many military installations in the Belgorod region.

Explosions there have also shaken fuel and weapons storage facilities in what Moscow claimed were Ukrainian strikes. Without taking responsibility for them, Kyiv has called them “punishment” for Russia’s incursion.