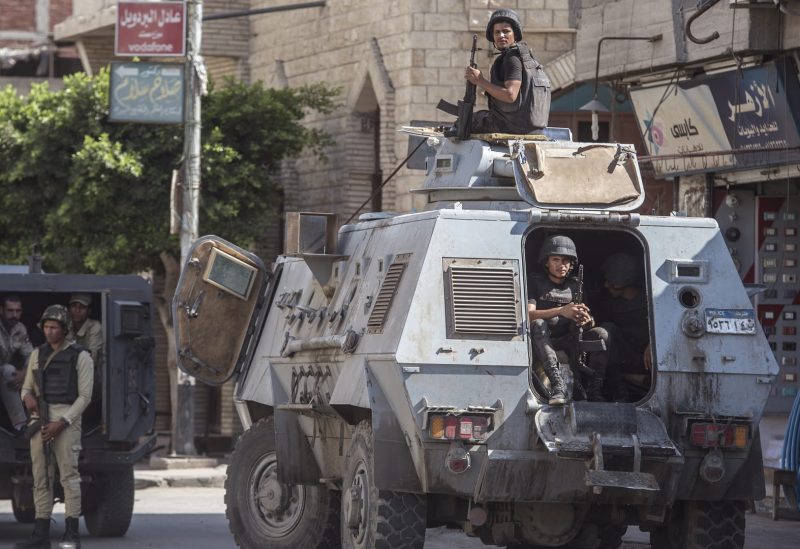 Security and medical authorities reported that an attack in the Suez Canal city of Ismailia resulted in the deaths of three Egyptian officers and the injuries of four others, including a police officer.

Two automobiles pulled up to a checkpoint in a residential area of the city, and two armed criminals started firing at the police officers, according to the security source.

The policemen responded, killing one of the assailants while the other fled.

The source said the attack was likely a “terrorist act”, describing it as the first of its kind in nearly three years in mainland Egypt, which has largely been spared the deadly insurgency in the Sinai peninsula.

Medical sources confirmed the casualty toll from the attack, for which there was no immediate claim of responsibility.

In the past few years, attacks against security forces have been concentrated in the restive Sinai, where jihadists affiliated with the Islamic State group continue to operate.

Eleven soldiers were killed on May 7 in an attack in western Sinai.

Days later, another five soldiers and seven jihadists died when the army was attacked in the peninsula.

Egypt has been battling the insurgency that intensified after the army ousted Islamist president Mohammed Morsi in 2013.

In February 2018, security forces launched a wide-reaching campaign seeking to root out members of jihadist groups in the Sinai and elsewhere.

More than 1,000 jihadists were reported to have been killed by the military during the campaign, though figures are difficult to verify amid a media blackout in the peninsula.

In May 2019, an attack near Egypt’s Giza pyramids injured 17 people, many of them foreign tourists.

And in August of that year, 20 people were killed when a car laden with explosives crashed into two other vehicles in Cairo.

Ismailia is one of the key cities overlooking Egypt’s Suez Canal, a vital waterway between Asia and Europe that sees about 10 percent of the world’s maritime trade.

The canal is a major source of foreign currency for Egypt, which is struggling with a declining currency and rising inflation.