Three in hospital after police fire on Dutch COVID-19 protesters 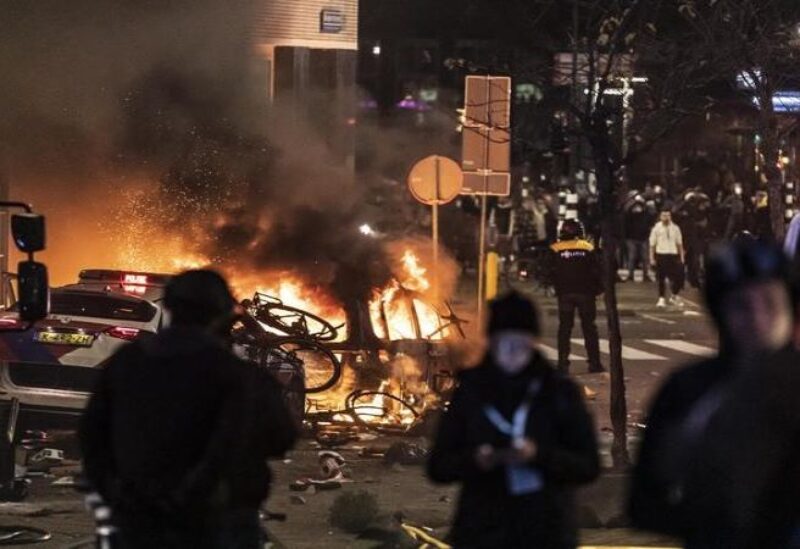 Authorities said three people were being treated in a hospital in Rotterdam on Saturday after being seriously injured when Dutch police fired shots during a violent protest against COVID-19 measures.

On Saturday, Rotterdam police announced on Twitter that 51 people had been arrested, half of whom were under the age of 18.

“Three rioters were injured when they were hit by bullets; they are still in the hospital,” police said in an update after initially reporting two injured.

Authorities are looking into the shootings, including whether the injured people were hit by police bullets, they said.

“Police were forced to draw their weapons and even fire direct shots,” he said at an early Saturday news conference.

In a statement, Dutch Justice Minister Ferd Grapperhaus called the “extreme violence” against police and firefighters in Rotterdam “repulsive.”

“The right to protest is very important in our society,” Grapperhaus said, “but what we saw last night was simply criminal behavior.”

Protesters had gathered to express their opposition to the government’s plans to limit access to indoor venues to those who have a “corona pass,” which shows they have been vaccinated or have already recovered from an infection.

People who have not been vaccinated but have proof of a negative test are also eligible for the pass.

On Saturday evening, there were small pockets of unrest in several Dutch towns as youths clashed with police.

Riot police in The Hague used water canons to clear a section of the central Schilderswijk area after rioters threw fireworks at police and damaged traffic lights, according to local police on Twitter.

Following the Rotterdam clashes, there was a heavy police presence in several other major cities, but any further violence was largely contained, with only a handful of arrests, according to Dutch media.

After Friday’s violence, organizers of a planned protest against the coronavirus measures in Amsterdam said they had canceled the event.

Despite this, thousands of protesters turned out for a march around the city’s central Dam square. The march remained peaceful, despite the presence of a large police presence.

The Netherlands reimposed some lockdown measures last weekend for an initial three weeks in an attempt to slow the spread of coronavirus, but daily infections have remained at their highest levels since the pandemic began.