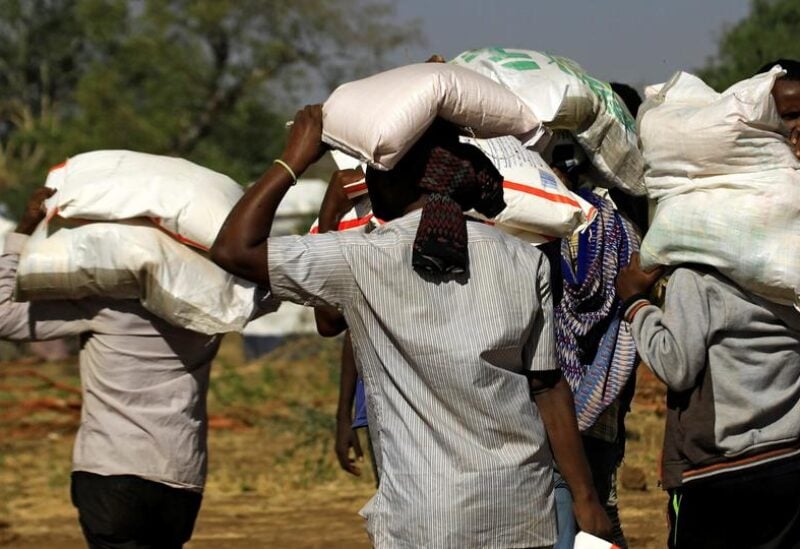 Some of Tigray’s 60,000 refugees are heading back across the border into the war-zone they fled in Ethiopia to feed their families, leaving their safe heaven in Sudan.

After arriving at transit shelters, refugees become disillusioned with the grim conditions in overflowing camps and food shortages as their fear for the family they left behind keeps them stagnant in temporary shelters, NGO Médecins Sans Frontières (MSF) said.

“I am an old, sick woman so I eat little. But for the rest of my family, they go to the forest or to the river banks to collect wood to sell and pay for ingredients.”

Safety is no issue for Ms Hadahra, but seeing people going back worries her.

“What level of desperation must you feel to go back to an extremely dangerous war-zone as the only way of finding something to sell to buy food or get food. These are desperate acts being taken by people wanting to take care of their family,” MSF General Director Stephen Cornish told The National.

MSF did not provide an official figure for the number of refugees returning to Tigray for food, but said it noticed a trend based on conversations in Sudan’s camps.

Returnees will find a region still in the heat of battle months after Prime Minister Abiy Ahmed’s government declared “victory’” against the separatist Tigray People’s Liberation Front (TPLF) in the capital Mekelle.

Mr Cornish recounted some of the horrific tales he heard from survivors, haunting him weeks after returning from Sudan’s transit camp in Al Hashabat on the border with Tigray, and the “permanent” but overpopulated camp in Um Rakuba.

“Most of the people I spoke with there said their homes were bombed with mortars and when they fled, ran into soldiers who opened fire or stabbed them to death,” he said.

“One man told me he went to help his pregnant neighbour leave the house with her kids. She was shot and killed in front of him. He had to flee and leave her there.”

These are some of their many traumatic experiences.

“They are constantly replaying the fear and trauma they experienced. Mental health and receiving psychological support for PTSD is very important,” he said.

“Another man who was imprisoned with several thousand people in an unofficial prison with his sister and her children was able to escape leaving the sister and her kids behind in prison,” he added.

The man was detained for 20 days and told Mr Cornish that the guards would get drunk, beat people with their rifles and rape teenagers and young women at gun point.

“People carry a lot on their souls.”