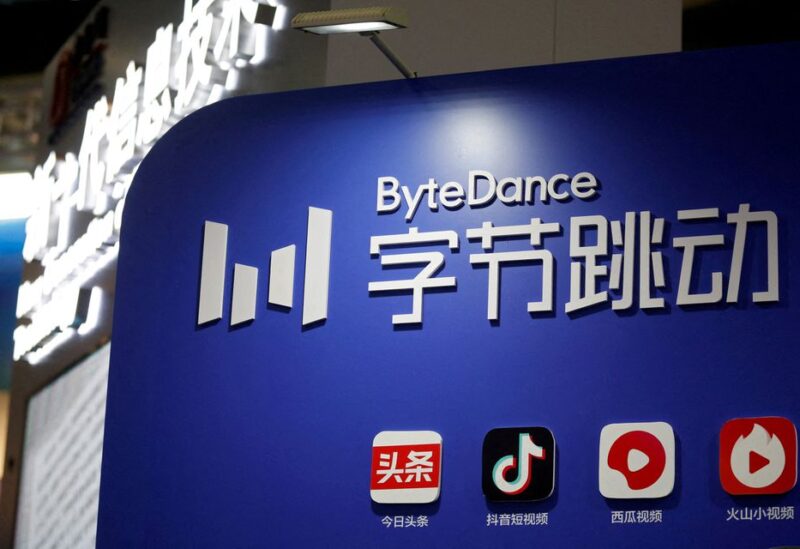 The logo of TikTok's parent company ByteDance is seen at its booth during an organised media tour to the Zhongguancun National Innovation Demonstration Zone Exhibition Center in Beijing, China February 10, 2022. REUTERS/Florence Lo

TikTok’s Chinese owner ByteDance is launching a second stock option buyback for employees this year at a higher price than the previous one to try to motivate staff amid slowing growth and uncertainty about a plan to go public, according to some employees.

According to them, ByteDance informed them via email that those who are eligible can apply to cash out their Restricted Stock Units (RSUs), which are part of the company’s stock option program. According to two of the employees, it offered $155 per unit, up from the $142 price set in the earlier this year buyback.

The higher price is aimed at motivating staff by helping them monetise their holdings, they said, declining to be named as the information was confidential.

ByteDance, which has around 110,000 employees globally, did not immediately respond to a request for comment.

It could not be immediately determined how many RSUs have been issued or how much ByteDance has set aside for the buyback.

One of the world’s most valuable private tech companies, it has launched various incentive plans this year including stock option granting programmes at a lower price amid slowing revenue growth, which fell to 70% last year from more than 100% a year earlier.

The economic slowdown in China, much of which is due to stringent COVID-19 curbs, and Beijing’s regulatory crackdown on the tech sector have crimped earnings as well as valuation prospects for many Chinese tech firms.

After receiving the company’s email, some ByteDance employees told Reuters that they were considering cashing out some or all of their holdings as they believe it’s a good price to sell given the overall economic environment.

But earlier this year, Chief Financial Officer Julie Gao told employees at an internal meeting that the company had no timeline for an IPO，according to people who attended the meeting.

The unlisted company was valued around $300 billion recently, or roughly $170 per share, in the private-equity secondary market, down from a peak of around $400 billion reached last year, sources have said.

The company also launched a share buyback last month that will see it spend up to $3 billion in repurchasing shares from its investors, which valued the company at up to $300 billion.