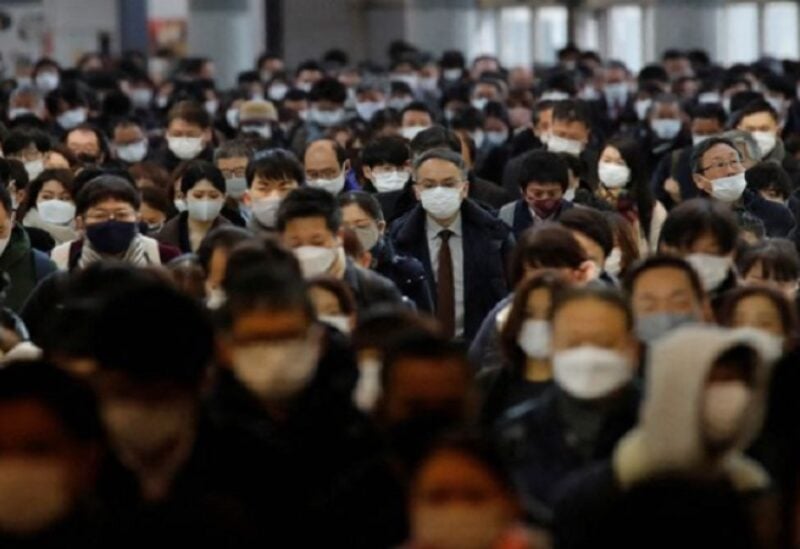 The governors of Tokyo and surrounding prefectures agreed on Monday to request further measures from the central government, including shorter opening hours for bars and restaurants, to help counter rising COVID-19 infections.

The highly infectious Omicron variant is driving a resurgence in coronavirus cases, which are hovering near record levels, after new infections exceeded 25,000 nationwide in the past two days.

Tokyo Governor Yuriko Koike told an online meeting of governors that the occupancy rate of hospital beds for COVID-19 patients was estimated to have reached 20% on Monday, a key threshold for requesting additional steps.

The measures being considered by the government will cover nine prefectures in addition to Tokyo, broadcaster FNN reported earlier.

The move would follow restrictions imposed this month in three regions hosting U.S. military facilities, after it appeared that base outbreaks of Omicron spilled into surrounding communities.

However, the effectiveness of emergency declarations in changing people’s behaviour has waned after Japan repeatedly deployed the measure throughout the pandemic, said public health expert Kenji Shibuya.

“Omicron is a very important test case for any community,” said Shibuya, who coordinates vaccine efforts in northern Japan, adding that authorities had to figure out how best to manage the disease while maintaining socio-economic activity.

Differing degrees of emergency measures adopted in various parts of Japan last year were lifted at the end of September.

A full declaration of emergency would be sought when occupancy of hospital beds in Tokyo reached half, Koike said last week.

The capital has allocated about 6,900 beds for coronavirus care, of a total of about 128,000 in the region.