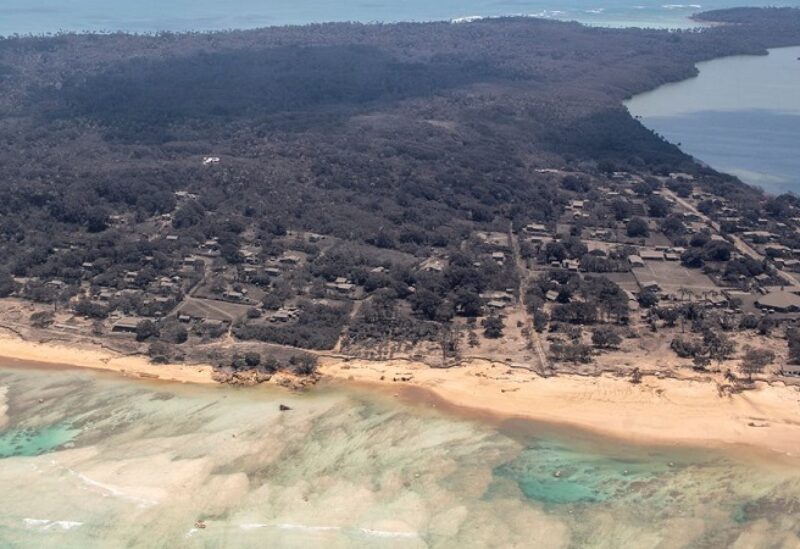 In a mission to deliver urgent aid despite several members of the crew testing positive for coronavirus, an Australian warship docked in Tonga on Wednesday.

All crew members of the Australian HMS Adelaide tested negative before departure, but almost 30 cases have been detected since then.

Tonga’s Health Minister Saia Piukala said the delivery of 80 tonnes (88 US tons) of supplies would go ahead under strict health rules.

The Pacific Island nation was devastated by the eruption of the Hunga Tonga Hunga Ha’apai underwater volcano on January 15, and the subsequent tsunami.

But the country is one of the few in the world that is yet to record an outbreak of COVID-19 and authorities are worried about aid deliveries bringing the virus to the island.
The warship is carrying supplies of drinking water, medical kits and engineering equipment to the islands where entire villages were destroyed.

All 600 crew members had been fully vaccinated before departure, but on Tuesday officials in Canberra announced that 23 people had tested positive for the virus, all were either asymptomatic or with mild symptoms.

This number had increased to 29 by Wednesday, the Tongan health minister said.

The country has imposed a strict policy to avoid contact between locals and those bringing aid. All goods, whether delivered by sea or air, are left in isolation for three days.

“The ship will berth and no contacts will be made. Australians from the ship will unload their cargoes and sail from port,” Piukala told reporters.

The UN and various relief agencies have warned that an outbreak of COVID-19 at this point could be catastrophic.

Thousands impacted by disaster
Tonga is reeling from what the government called an “unprecedented disaster.”

Three people were killed but early warning systems prevented further fatalities. However, the ash left by the volcano has poisoned water supplies and destroyed crops.

The eruption also severed the country’s internet and telephone communication systems.
The UN humanitarian agency OCHA said that 85% of the 100,000-strong population had been affected by the disaster. The main priorities on the ground include securing safe water, food supplies and ash clearance.

The International Federation of Red Cross and Red Crescent societies said that it has been ramping up deliveries of aid since ash was cleared from the main airport.

The US Agency for International Development has also said it is providing an additional $2.5 million (€2.21 million) in humanitarian assistance.