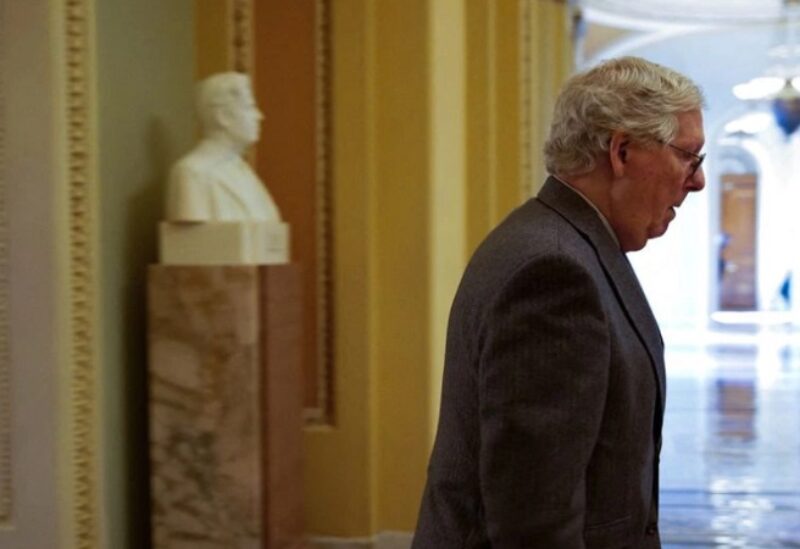 Senate Minority Leader Mitch McConnell opened the door to altering the Electoral Count Act, a day before the anniversary of the Jan. 6 Capitol riot, in which supporters of former President Donald Trump stormed the halls of Congress trying to overturn his election defeat.

“I think it’s worth discussing,” McConnell told reporters, when asked about his potential interest in changes to the 19th century law.

The taciturn Kentucky Republican did not elaborate.

Republican openness to that could counter a drive by Democrats to pass two sweeping voting rights bills by Jan. 17, the federal holiday honoring civil rights leader Martin Luther King Jr., in response to voting restrictions imposed in Republican-run states after Trump’s false claim that the 2020 election was stolen from him.

The Democratic bills would require at least 15 days of early voting, allow late registration, make Election Day a holiday, combat the partisan gerrymandering of congressional districts and impose other changes on state-run elections.

But the legislation, which faces overwhelming Republican opposition, can pass only if all 50 lawmakers in the Democratic caucus agree to alter Senate rules, which impose a 60-vote threshold on most bills in the 100-seat chamber.

At least one Democrat, Senator Joe Manchin, has said he would prefer that Democrats not change the rules on their own.

“Putting that forward at a time like this as a standalone is a distraction. It is a cynical political maneuver by people who are trying to rig the elections in the country,” said Senator Raphael Warnock, who faces reelection in Georgia this year.

Bipartisan support for reform of the Electoral Count Act could allow Congress to alter procedures by which members of Congress can contest the results of presidential and vice presidential elections. A number of Trump’s congressional allies challenged the 2020 results on Jan. 6, while the former president falsely told supporters at a rally near the White House that he had lost reelection because of massive voter fraud.

Trump’s speech and the ensuing attack on the Capitol led to his second impeachment and subsequent acquittal after a Senate trial. But he continues to repeat the falsehoods, as the country heads toward congressional elections in November and the next presidential election in 2024.