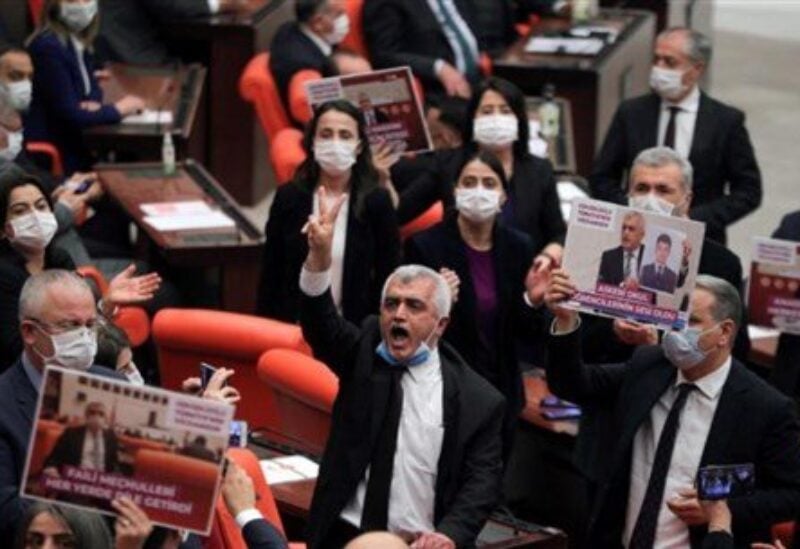 A top Turkish prosecutor filed a case with the constitutional court on Wednesday demanding the closure of the pro-Kurdish Peoples’ Democratic Party (HDP) party, in the culmination of a years-long clampdown on parliament’s third largest party.

Turkey has a long history of shutting down political parties which it regards as a threat and has in the past banned a series of other pro-Kurdish parties.

The HDP had recently come under intensified pressure, with nationalist allies of President Tayyip Erdogan’s AK Party (AKP) calling for it to be banned over alleged ties to the outlawed Kurdistan Workers Party (PKK) militant group.

That has coincided with falling poll support for the AKP and its nationalist allies as Erdogan’s government battles the economic fallout of the coronavirus pandemic.

The embattled lira extended losses on concerns about the political impact of the move, weakening 2% to 7.64 against the dollar.

“(The HDP) move together with the PKK terrorist group and other linked organizations, they act as a branch of the organization with the aim of breaking the unity of the state,” appeals court chief prosecutor Bekir Sahin said in a statement.

The HDP, which has 55 seats in the 600-member parliament, denies any links to the militants.

The PKK is designated a terrorist group by Turkey, the United States and European Union. It has fought an insurgency against the state in mainly Kurdish southeast Turkey since 1984. More than 40,000 people have been killed in the conflict.

The HDP says Gergerlioglu, who received a 2-1/2 year jail sentence, was punished for sharing on Twitter the link to a news story that included comments from the PKK.

Pressure on the HDP has grown since Turkey said 13 captives, including Turkish military and police personnel, were executed by PKK militants in Iraq during a failed Turkish military operation to rescue them last month.

Authorities have jailed or unseated many HDP lawmakers, mayors and officials in recent years, fueling concerns about the human rights situation in Turkey.

This month Erdogan announced a plan to strengthen rights to a fair trial and freedom of expression, but his critics say it is just a public relations exercise.