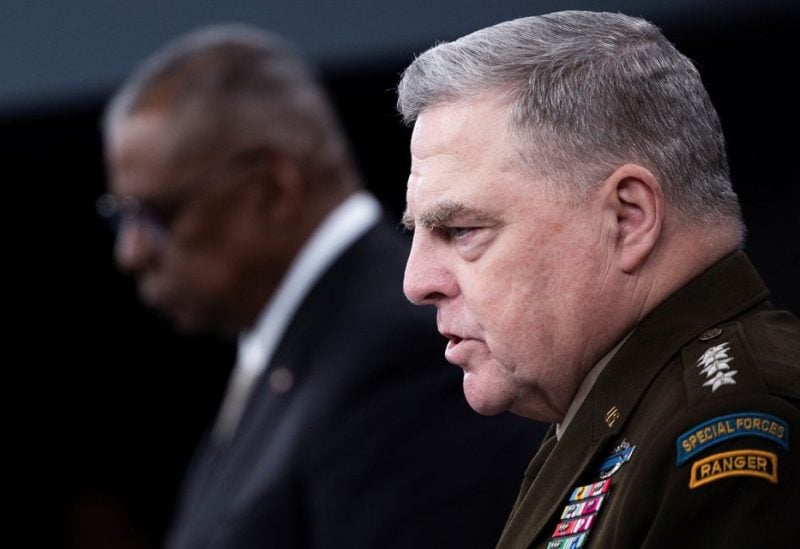 The top U.S. general warned that despite suffering defeats on the battlefield since its invasion in February, Russia still had significant fighting force inside Ukraine and said it was unlikely that Ukraine would achieve an immediate, decisive military triumph.

In order to regain control of all occupied area, Ukraine has committed to continue applying pressure to Russian forces. Kherson, a key strategic city in the south, was retaken by Ukrainian forces over the weekend, boosting confidence in Kyiv’s broader military prospects as winter approaches.

“Politically, there may be a political solution where, politically, the Russians withdraw. That’s possible,” he added, saying Russia “right now is on its back.”

Milley added that the United States would support Ukraine in defending itself for as long as it takes, comments echoed by U.S. Defense Secretary Lloyd Austin at the same event.

Milley and Austin addressed reporters after a virtual meeting between dozens of defense ministers supporting Ukraine’s military with billions of dollars in military hardware as well as training, advising and intelligence support.

“Ukraine will keep enduring. According to Milley, Ukraine is free and wants to keep its freedom, so it won’t back down.”

After a devastating missile strike in Poland on Tuesday stoked worries about the war spreading into NATO territory, Milley confirmed fruitless attempts to contact his Russian colleague.

Although it desires to join the transatlantic military alliance, Ukraine is not a member.

The missile that struck Poland was likely a stray shot by Ukraine’s air defenses rather than a Russian strike, according to NATO leaders on Wednesday.