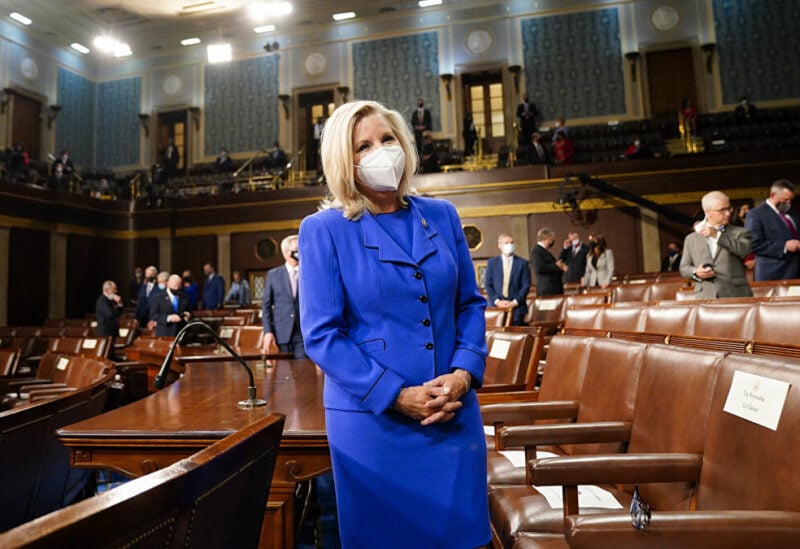 Republicans in the US House of Representatives have been working to oust Rep. Liz Cheney (R-WY), who serves as the third-highest ranking member of the GOP within the congressional chamber. Colleagues have been moving to replace Cheney after she voted in favour of impeaching former US President Donald Trump over the deadly Capitol riot.

US House Minority Leader Kevin McCarthy of California set the date for the chamber’s 212 Republican members to vote on removing Liz Cheney from her leadership post on Wednesday, Reuters reported on Monday.

The daughter of George W. Bush’s Vice President Dick Cheney has consistently denounced the former president’s claims that the 2020 election was stolen, and is reportedly likely to be ousted as a result of the vote, which was announced via a letter written by McCarthy to his colleagues.

“Having heard from so many of you in recent days, it’s clear that we need to make a change. As such, you should anticipate a vote on recalling the Conference Chair this Wednesday”, McCarthy reportedly said in the letter.

The House GOP leader reportedly said that Cheney’s potential removal as chair of the House Republican Conference, the party’s third-ranking position in the chamber, is crucial for the GOP to unite ahead of the 2022 congressional elections, when they intend to regain control of the House.

“Each day spent relitigating the past is one day less we have to seize the future”, McCarthy said.

“All members are elected to represent their constituents as they see fit, but our leadership team cannot afford to be distracted from the important work we were elected to do and shared goals we hope to achieve”, he added.

According to the report, most Republican lawmakers support the motion and back Trump as an influential figure in the party. However, there are some, such as Sen. Mitt Romney (R-UT), who fear that it could endanger Republican hopes in 2022 by alienating swing voters.

​Romney has spoken out even though most Senate Republicans have steered clear of the House spat. The former presidential candidate was one of seven Republican senators who voted to convict Trump during his second impeachment trial, and the only Republican senator who voted in favour of one of the articles in 2020.

The second Trump impeachment process was triggered by the violent storming of the US Capitol on 6 January, an outburst sparked by a Trump rally on the same day, at which the US president voiced unsubstantiated allegations of massive voting irregularities. Though Trump himself denounced the mayhem, some US politicians put the blame solely on him.