Tourism not contributing to surge of COVID-19 infections in Greece 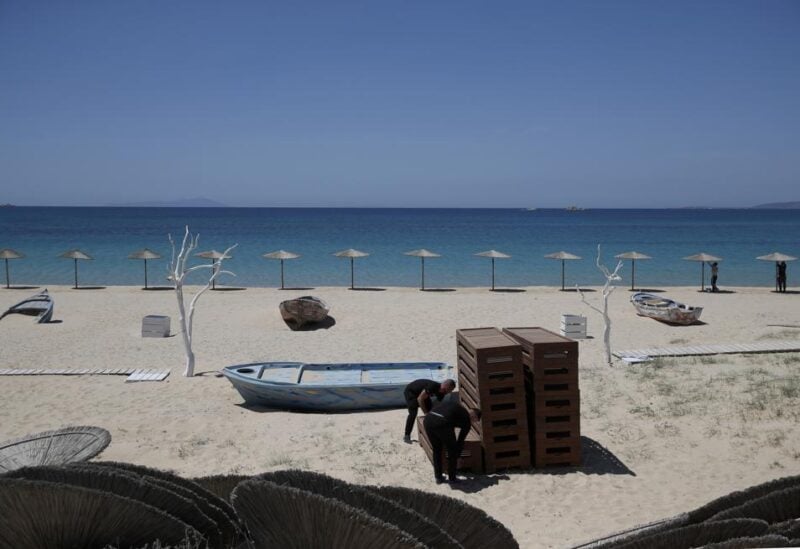 With debts piling up, southern European countries are racing to reopen their tourism services despite delays in rolling out a planned EU-wide travel pass. Greece Friday became the latest country to open up its vacation season as it dismantles lockdown restrictions and focuses its vaccination program on the islands. (AP Photo/Thanassis Stavrakis)

The Tourism Minister claimed on Wednesday that tourism is not to blame for a rise in COVID-19 infections in Greece, after the government reintroduced measures aimed at saving the summer season.

Greece, whose tourist industry accounts for a fifth of its GDP, began the season in May, seeking to equal or exceed the record set in 2019, when more than 30 million visitors visited the nation.

“The tourism opening was done extremely cautiously; only 74 out of 105,609 tests obtained at the country’s entry points were positive in the first ten days of July, or 0.07 percent,” Haris Theoharis told a Greek hoteliers conference.

“Our country does not have a problem with the opening of its borders,” he said. “The rise in infections is not related to tourism.”

The government is betting on at least a partial revival of its tourism sector this summer, but is worried about the spread of the highly contagious Delta variant.

About 41% of Greeks are fully vaccinated so far. Tourists need to show they have been vaccinated or present a negative PCR test to enter the country.

Greece reported 3,109 new COVID-19 cases on Tuesday, a level last seen in early April, bringing the total number of infections since the first case was detected in February last year to 444,783. COVID-19 related deaths have reached 12,806.

The country will require customers at indoor restaurants, bars and cafes to prove they have been vaccinated against COVID-19, the government said on Tuesday, to combat a surge in infections.

“We can not allow deniers of science to lead our country into adventures,” Theoharis said in reference to people still refusing to get vaccinated.