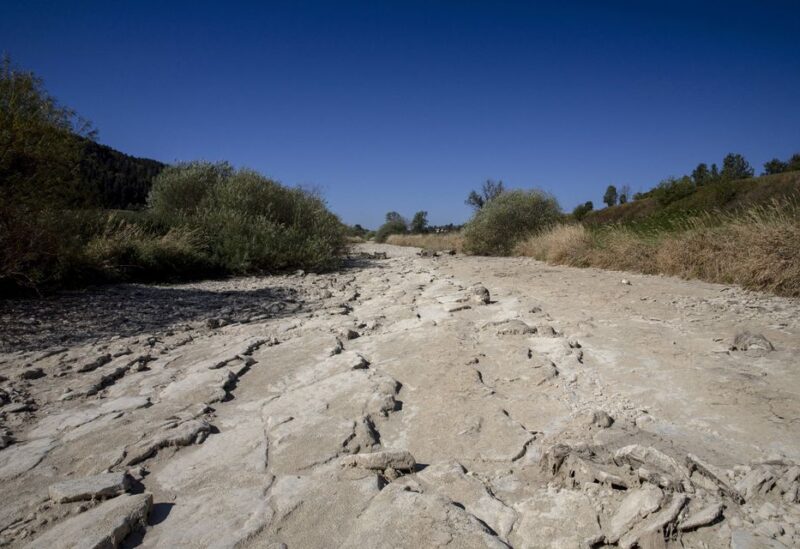 The dried bed of the drought-affected Doubs River is seen in Arcon, France, August 8, 2022. REUTERS/Denis Balibouse

Francoise Droz-business Bartholet’s has dwindled, much like the parts of the Doubs River that straddle the French-Swiss border that her cruise ships normally travel.

Water levels in rivers, lakes, and reservoirs across Western Europe are low or even dry due to the worst drought in decades, putting a strain on drinking water supplies, hampered river freight and tourism, and jeopardizing crop output.

The Doubs river should coarse through a forested canyon and cascade over waterfalls before spilling out into Brenets Lake, a draw for tourists in eastern France’s Jura region. After months without meaningful rain, the river water has receded up the canyon and sluggishly reaches the lake in a narrow channel.

“We hope this drought is an exception to the rule,” said Droz-Bartholet, whose bookings are 20% lower than usual for the time of year.

She now has to bus clients along the gorge to a starting point further upstream to a point in the river where there is enough water for her cruise boats to navigate.

Asked how his boat tour had gone, holidaymaker Alain Foubert said simply: “It was a lot shorter than normal.”

Conditions have deteriorated across Europe as multiple heatwaves roll across the continent.

In Spain, farmers in the south fear a harsh drought may reduce olive oil output by nearly a third in the world’s largest producer. In France, which like Spain has had to contend with recent wildfires, trucks are delivering water to dozens of villages without water.

In Germany, cargo vessels cannot sail fully loaded along the Rhine, a major artery for freight, and along Italy’s longest river, the Po, large sandbanks now bake in the sun as water levels recede sharply. In July, Italy declared a state of emergency for areas surrounding the Po, which accounts for more than a third of the country’s agricultural production.

As France contends with a fourth heatwave this week, many scientists say the blistering temperatures so far this summer are line with the increasing frequency and intensity of extreme weather episodes in Europe.

Britain’s weather service on Tuesday issued an amber “Extreme Heat” warning for parts of England and Wales, with no respite in sight from hot dry conditions that have sparked fires, broken temperature records and strained the nation’s infrastructure.

On the Doubs River, fewer boat tourists means fewer meals to serve for restaurateur Christophe Vallier – a painful blow just as he hoped to recover from the COVID-19 downturn. And he sees little cause for hope in the future.

“All the Doubs experts say the river is getting drier and drier,” Vallier lamented.