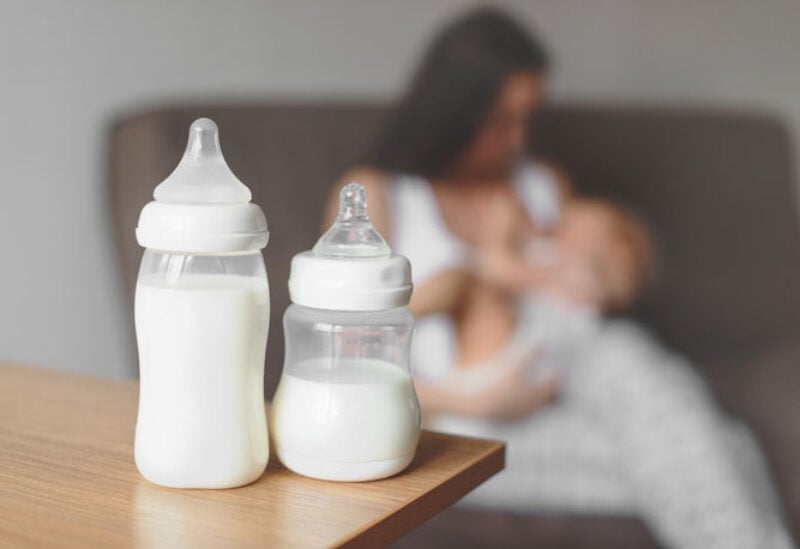 A new study has revealed that toxic chemicals were found in 100% of breast milk samples from American mothers, the Mail reported.

Experts and researchers tested 50 samples and all came back positive for PFAS, man-made chemicals that don’t break down in the environment and have been associated with many health issues.

Additionally, they can remain in the body for several days or months before being excreted, which increases the risk of acute disorders, birth defects and conditions, including cancer.

The team – from Indiana University, the University of Washington and the non-profit Toxic-Free Future – also noted that in some circumstances, levels were up 2,000 times higher than what is considered to be acceptable in drinking water by U.S. health and environmental agencies.

“The study shows that PFAS contamination of breast milk is likely universal in the U.S., and that these harmful chemicals are contaminating what should be nature’s perfect food,” co-author Erica Schreder, science director for Toxic-Free Future told The Guardian.

According to the Centers for Disease Control and Prevention, PFAS are ubiquitous and appear in everything from cosmetics to water-repellent clothing to products that scrub away grease and oil.

They can also be found in molded fiber bowls, which are served at several takeout locations and were meant to be the solution to huge amounts of generated waste.

The team says its study, published in the journal Environmental Science and Technology, is the first over the last 15 years to look at PFAS in breast samples.

Few studies have looked at the effects of PFAS on newborn babies, co-author Dr Sheela Sathyanarayana, a pediatrician with the University of Washington, told The Guardian.

Nonetheless, past studies have revealed that the chemicals can have an effect on older children by disrupting hormone systems.