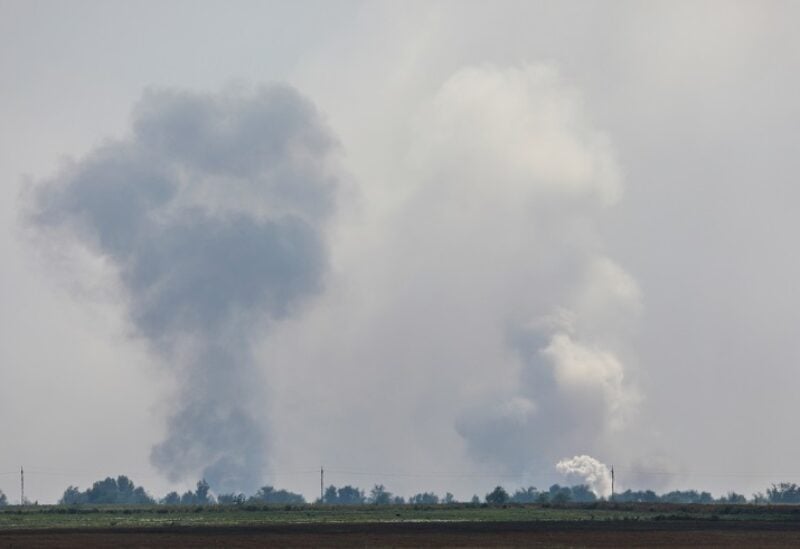 A view shows smoke rising above the area following an alleged explosion in the village of Mayskoye in the Dzhankoi district, Crimea, August 16, 2022. REUTERS/Stringer

An explosion near the town of Dzhankoi, led an electrical transformer substation in Crimea to catch fire, according to Russian media reports.

The flames broke out on a site where ammunition was temporarily being stored for military units stationed in Dzhankoi, reported the RIA Novosti news agency, citing a local report based on a statement by Russian Defense officials.

Nikolai Karpets, a senior local official, confirmed that the explosion occurred due to the detonation of ammunition at around 6 a.m., Crimea time (0300GMT).

In what some call a prelude to the current Russian war on Ukraine, launched on Feb. 24, Russia illegally annexed Ukraine’s Crimean Peninsula in 2014, in a move condemned by the US, EU, UN General Assembly, and Türkiye.