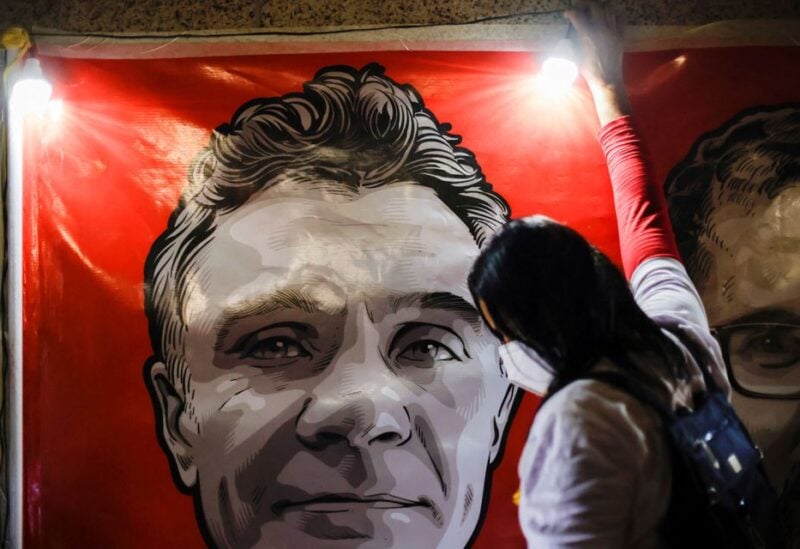 A demonstrator takes part in a protest against Brazilian President Jair Bolsonaro's government, Brazil's National Indian Foundation (FUNAI)'s President Marcelo Augusto Xavier da Silva and for the search for British journalist Dom Phillips and indigenous expert Bruno Pereira, who went missing while reporting in a remote and lawless part of the Amazon rainforest near the border with Peru, in Brasilia, Brazil June 15, 2022. REUTERS/Ueslei Marcelino

On Wednesday night, police announced that they had discovered human remains in a bush burial after being taken there by a fisherman who admitted to killing the two men. The identity of the remains is still a work in progress.

The man had threatened Pereira for documenting illegal fishing in the remote Javari Valley bordering Peru and Colombia, police said.

Through his reporting, Phillips, 57, became an international voice for the threats facing the world’s largest rainforest, which is being plundered by loggers, poachers, illegal fishing and wildcat miners.

Pereira, a 41-year-old indigenous peoples advocate and former official of the government agency Funai, was traveling with Phillips as he researched a book on attempts to save the rainforest when they disappeared on Sunday June 5.

“Now we can bring them home and say goodbye with love,” Phillips’ wife, Alessandra Sampaio, said. The end of the search also marked the beginning of a quest for justice, she added.

The Javari Valley indigenous association Univaja, which searched tirelessly for the men, said their murder was a “political crime” and called on the government to better protect their land. Indigenous territories have become increasingly vulnerable to invasions, affected by cuts to agency funding and staff under far-right President Jair Bolsonaro.

Survival International said Phillips and Pereira were the latest victims of a war being waged by Bolsonaro and his allies in Brazil’s farm sector eyeing protected indigenous lands.

“The government’s genocidal attempts to open up indigenous territories to invaders, and reward criminals with impunity, have caused sky-rocketing levels of both forest destruction and appalling violence against those who try to stop it,” said Survival International’s advocacy director Fiona Watson.

The presidency did not respond to a request for comment. But Bolsonaro tweeted condolences to the men’s families, without mentioning their names, and attached a statement from Funai that praised Pereira as one of Brazil’s top experts in the protection of isolated and recently contacted indigenous tribes.

Bolsonaro previously said the two had been on “an adventure that was not recommended” and that due to his stories “this Englishman (Phillips) was disliked” in the area.

Phillips was an admired reporter in Brazil and a regular contributor to The Guardian. He also wrote for The Washington Post, The New York Times and other publications during his 30-year career in journalism.

Phillips is survived by his wife Sampaio and younger siblings Sian and Gareth Phillips.

Born in 1964 in Bebington, England, near Liverpool, Phillips “always wanted to be a writer,” his sister Sian said. “He’s always been outspoken and confident, so journalism was a natural career path.”

His early journalism focused on dance music. Phillips covered the rise of rave culture in 1990s Britain at the cult music magazine Mixmag, of which he became editor in 1993.

Phillips coined the term “progressive house” in a seminal piece for the magazine in 1992.

In 2007, Phillips moved to Brazil to write a book about the commercialization of dance music and start a new career as a foreign correspondent. He covered an array of topics from oil auctions to World Cup protests but increasingly turned his focus to the Amazon and the threats facing the rainforest.

He met his wife Alessandra in Rio de Janeiro. They later moved to Salvador, in Brazil’s northeast. Phillips loved to cook and would regularly go out stand-up paddle-boarding. He also volunteered teaching English to underprivileged teenagers.

At a news conference in Brasilia in 2019, weeks before fires consumed swaths of rainforest, Phillips asked Bolsonaro about his commitment to protecting the region in a clip that has gone viral in recent days.

“You have to understand that the Amazon is Brazil’s, not yours,” the president shot back.

In a letter last week, journalists and friends described Phillips as “one of the sharpest and most caring foreign journalists in South America.”