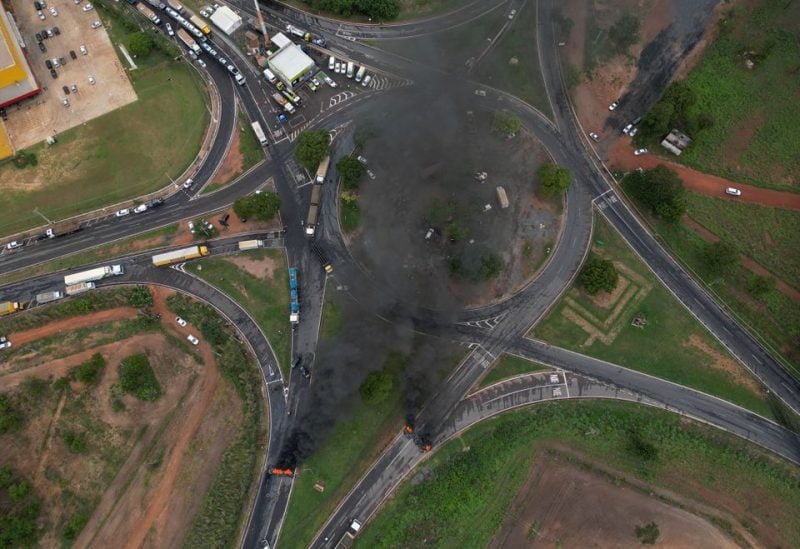 Supporters of Brazil’s outgoing president Jair Bolsonaro intensified their demonstrations on Monday, blocking roads all around the nation in a move that might have an impact on exports in one of the top agricultural producers in the world and result in broader economic upheaval.

Bolsonaro is refused to accept defeat after losing the election on Sunday to the left-leaning Luiz Inacio Lula da Silva. A cabinet minister announced on Monday night that the far-right nationalist would not speak publicly about his defeat until Tuesday, raising questions about whether he would acknowledge Lula’s victory.

In Brasilia, police shut off traffic access to the central government esplanade on a tip that Bolsonaro supporters were planning to occupy the square in front of the Supreme Court, which they consider has acted to favor Lula.

Brazil’s federal highway police said 321 protests had partially or fully blocked roads in 26 states. Truckers – who have benefited from Bolsonaro policies such as lowering diesel costs – are one of the president’s key constituencies, and they have been known to disrupt Brazil’s economy when they shut down highways.

The highest number of blockades was in Santa Catarina, a state where Bolsonaro has a massive support base, and Mato Grosso do Sul, an important grain-growing and cattle state, according to the highway police national branch.

Rumo, a leading rail company that operates Latin America’s biggest grain terminal in Rondonopolis, said earlier Monday that none of its operations in Brazil had been affected so far.