Trucks roll into Ottawa for protest against Canada’s vaccine mandates 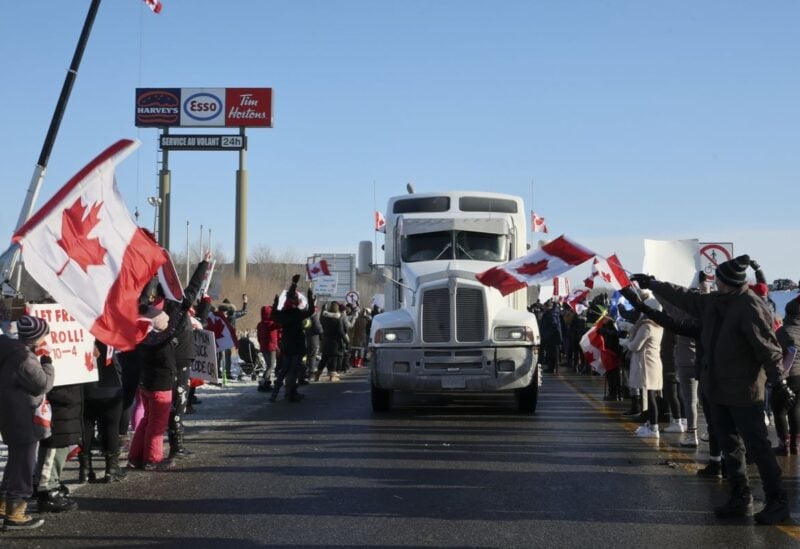 On a chilly winter day, trucks pulled into Canada’s capital, Ottawa, to stage what police believe would be a large demonstration against Prime Minister Justin Trudeau’s COVID-19 vaccination mandates in front of parliament.

The so-called “Freedom Convoy,” which is traveling from east to west, began as a protest against a vaccine mandate for cross-border truckers, but has evolved into a protest against government overreach during the epidemic, with a strong anti-vaccination bent.

On Friday, Public Safety Minister Marco Mendicino told the Canadian Broadcasting Corporation (CBC) that some protestors had displayed “flagrant radicalism,” including calls for the violent takeover of the government.

Trudeau told the Canadian Press on Friday he was worried about the protest turning violent. Earlier this week he said the convoy represented a “small fringe minority” who do not represent the views of Canadians.

On Saturday the CBC said Trudeau and his family have left the home where they live in downtown Ottawa due to security concerns and he is working from another location. His office would not confirm the report.

About 90% of Canada’s cross-border truckers and 77% of the population have had two COVID vaccination shots.

The main convoys are scheduled arrive around noon, but already on Friday vehicles blocked the roads in front of parliament and on Saturday morning there were dozens of trucks gathered. A total of some 2,700 trucks are expected, a federal government source said.

The demonstration will be “massive in scale,” Ottawa police chief Peter Sloly said on Friday. Protest organizers have said the rally will be peaceful, and they have vowed to remain in Ottawa until they succeed in overturning the mandates.

Canada’s Meteorological Service has issued an extreme cold warning for Saturday morning, saying the wind chill could be near minus 35 Celsius (minus 31 Fahrenheit).

Trudeau announced a vaccine mandate for federal workers in October on the eve of the election, and then last month both Canada and the United States imposed one for cross-border truckers.

Conservative leader Erin O’Toole opposes vaccine mandates and expressed support for the protest after holding talks with some of the truckers on Friday.

“I support their right to be heard, and I call on Justin Trudeau to meet with these hard-working Canadians to hear their concerns,” O’Toole said after the meeting. “Please protest safely this weekend.”

The Canadian Trucking Alliance, which represents some 4,500 carriers, owner-operators and industry suppliers, opposes the demonstration and has said this is “not how disagreement with government policies should be expressed.”