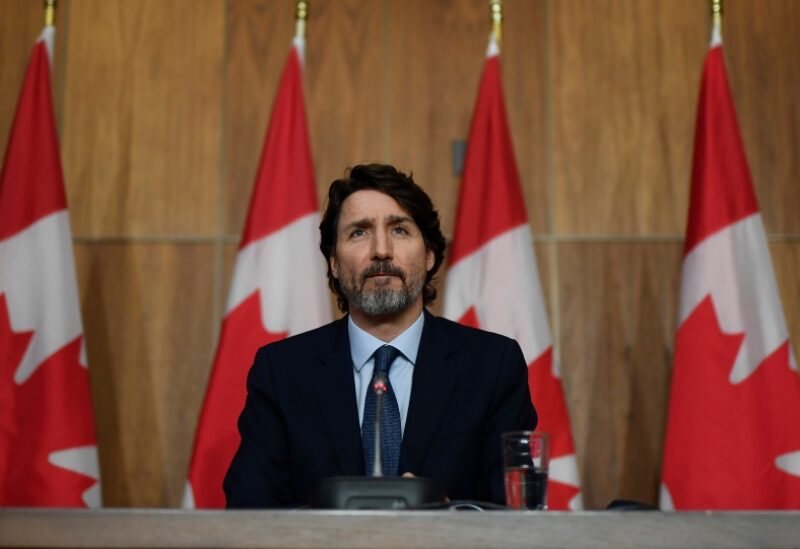 Canadian Prime Minister Justin Trudeau on Friday criticized China for blocking access to the trial of Michael Spavor, a Canadian detained by Beijing since late 2018 on spying charges, a case that is part of a wider diplomatic spat between Washington and Beijing.

Spavor and his lawyer appeared at a hearing on Friday and the court will later set a date to issue a verdict, the Dandong Intermediate People’s Court said in a statement on its website.

Chinese courts have a conviction rate of over 99%. Canadian and other diplomats were not allowed to attend the trial on what China said were national security grounds, according to a Canadian envoy.

Trudeau condemned the “arbitrary detention” of Spavor and Kovrig, and said the “lack of transparency around these court proceedings” was “completely unacceptable.”

Spavor, a 45-year-old Canadian businessman, was not seen outside the court and there was no word on his condition.

Beijing insists the detentions are not linked to the arrest of Meng, who remains under house arrest in Vancouver as she fights extradition to the United States.

Kovrig, a former diplomat, is due to go on trial on Monday in Beijing.

Police set up a cordon on Friday morning outside the court, which sits along the Yalu River opposite North Korea, the isolated country that Spavor regularly visited in his business career.

Officials from the Canadian embassy and other nations including United States, Netherlands, United Kingdom, France, Denmark, Australia, Sweden and Germany were present outside the court as they sought access to the hearing. They were not allowed to enter.

Jim Nickel, charge d’affaires at the Canadian embassy in China who spoke outside the Dandong courthouse, said Canadian officials last saw Spavor on Feb. 3 and had made multiple requests to see him ahead of the trial, but those requests were denied.

“The reason that has been given is it’s a so-called national security case and their belief is that the domestic law overrides international law, which in fact is not the case. China does have international obligations to allow consular access,” Nickel said.

“The competent Chinese authorities will continue, in light of the epidemic situation, to handle consular visits according to law,” he said during a daily media briefing in Beijing.

Observers have said the likely convictions of the two men could ultimately facilitate a diplomatic agreement whereby they are released and sent back to Canada.

The trial dates were announced by Canada just as the United States and China were preparing to hold high-level in-person talks in Alaska, the first since U.S. President Joe Biden took office, which proved on Thursday to be contentious.

China on Thursday denied a link to those talks.

Guy Saint-Jacques, a former Canadian ambassador to Beijing, said the timing was clearly designed to coincide with the talks, as China wants to pressure the Biden administration to arrange for Meng’s release.

“We are in a very tough position because in fact unfortunately at this stage there is nothing that the Canadian government can do,” he told the Canadian Broadcasting Corp on Thursday.

In a statement, Spavor’s family called for the unconditional release of both men.

“He loved living and working in China and would never have done anything to offend the interests of China or the Chinese people,” the statement said, adding that he was trying to build constructive ties between Canada, China and North Korea.