Trudeau to advise Canadians against travel abroad amid Omicron fears 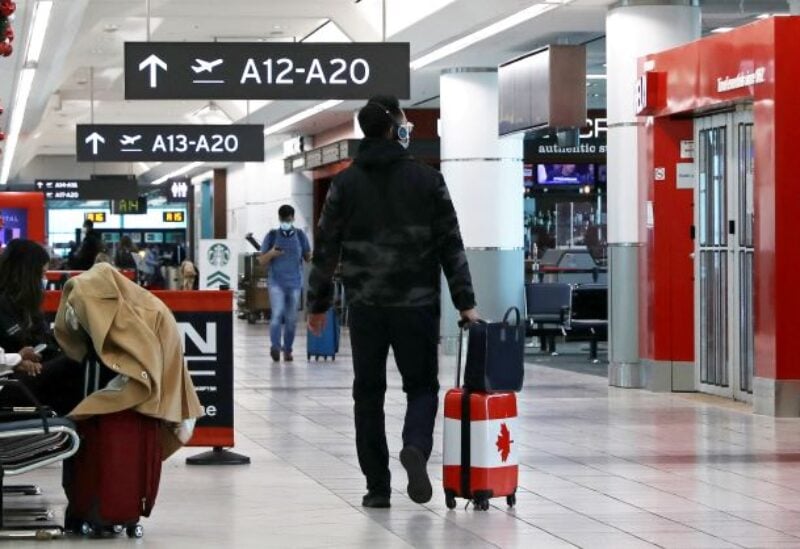 On Wednesday, Prime Minister Justin Trudeau is expected to advise Canadians to avoid international travel while provinces ramp up vaccinations and distribute rapid tests to combat the rapidly spreading Omicron coronavirus variant, but efforts to avert a rising COVID-19 wave are complicated by public pandemic fatigue.

COVID-19 case numbers are rising as Canadian hospitals work to clear backlogs following months of postponed operations caused by staff reassignments and patients delaying medical care due to pandemic worries. Many burned-out employees appear to be unprepared for another COVID-19 spike.

On Wednesday, the Canadian government is set to encourage individuals to avoid non-essential overseas travel, according to a source who spoke on the condition of anonymity to Reuters. Trudeau addressed a possible restriction on non-essential inbound passengers with provincial premiers on Tuesday, according to CBC News.

Because of Omicron concerns, Canada has previously imposed travel prohibitions on ten African nations. Canada had warned individuals not to go overseas unless absolutely essential in March 2020, but lifted the warning in October of this year – before the first Omicron cases were announced – noting the efficacy of vaccine efforts.

The director of Ontario’s COVID-19 science advisory board, Peter Jüni, recommended people to take measures, get vaccinated, and not take Omicron lightly.

“What really worries me is that people are asleep at the steering wheel, internationally,” Jüni said. “They have wishful thinking it will be mild. … This is not a realistic attitude.”

Meanwhile, there is “massive vulnerability” in Canada’s healthcare systems, according to Toronto infectious disease doctor Andrew Morris, and it is “highly likely” it will be overwhelmed.

The intensive care unit that Dr. Christie Lee oversees at Mount Sinai Hospital in Toronto has been relatively lucky. The unit got some breathing room following the last COVID-19 wave, tried to give staff vacation time and has been able to train new critical-care nurses.

In Alberta, which experienced a punishing fourth wave, Dr. Christopher Doig’s Calgary ICU still has COVID-19 patients, some of whom have been there for weeks. It is still operating at about 110% capacity, Doig said.

Provinces have been reluctant to tighten restrictions again but some communities are taking matters into their own hands.

In Kingston, where the infection rate this week was the highest in Ontario, health officials have clamped down on private gatherings and the hours that food and alcohol are allowed to be served indoors at businesses like restaurants and bars. Singing, dancing and live music are prohibited at establishments serving food and drink.

Ontario said this week it is “temporarily interrupting” its return-to-office plan for provincial employees.

Health officials are trying to convince the public of the need for a third vaccine dose. Provinces including Manitoba have expanded such third doses to everyone over 18. Ontario, Quebec, Alberta, British Columbia and other provinces have been rolling them out more slowly, targeting older or more medically vulnerable people first.

Amid fears of asymptomatic COVID-19 transmission, provinces given millions of rapid antigen tests by the federal government have come under fire for not distributing them more widely.

Ontario promised to make 2 million tests available in “high-traffic” areas and to allot five per student to school children this week. Quebec will be handing out five tests per person starting next week.

British Columbia health officials this week said they have not received the tests they were hoping for from the federal government and defended the province’s providing tens of thousands of rapid tests a week to hundreds of private employers.

Jüni said he understands people are tired of the pandemic.