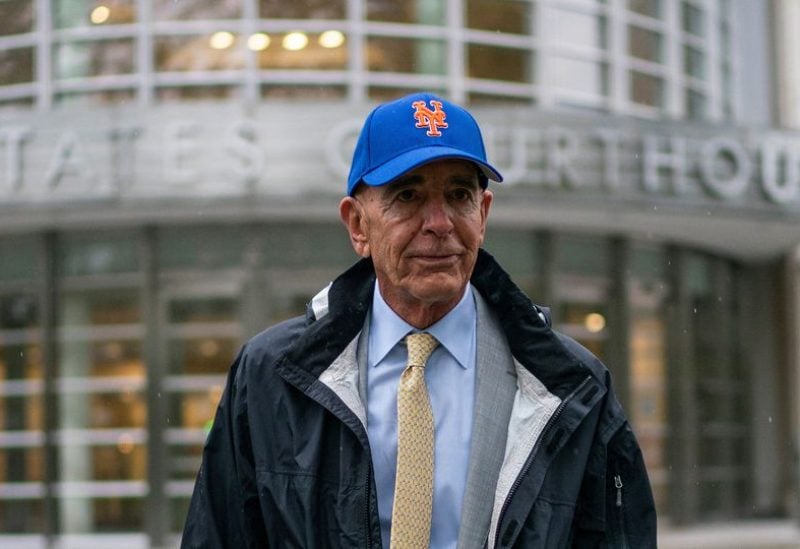 Former private equity executive Tom Barrack’s ties with UAE officials were “not nefarious,” his defense lawyer said during closing arguments on Tuesday, denying prosecutors’ charges that the onetime ally of former US President Donald Trump was an illegal foreign agent.

Randall Jackson, Barrack’s lawyer, said there was no evidence Barrack agreed to act as a UAE agent during either of his two 2016 meetings with UAE national security adviser Sheikh Tahnoun bin Zayed al-Nayhan, the second of which took place during a bike ride in Morocco.

“The theory of the government is that they have come to some sort of super secret spy agreement during this first meeting, and during the second meeting they’re going to firm it up,” Jackson said. “No one, if they want to have a serious discussion about an illegal arrangement with a 70-year-old man, says let’s do it on a bike ride.”

Barrack, now 75, pleaded not guilty last year to charges of pushing the UAE’s interests to the former president’s campaign and administration without informing the U.S. attorney general he was an agent, as required by law.

Prosecutors say Abu Dhabi paid him back by investing $374 million from its sovereign wealth funds with Barrack’s company, then known as Colony Capital.

“Mr. Barrack traded his political access for a long-term relationship with top UAE officials … who controlled vast oil wealth,” Ryan Harris, an assistant U.S. attorney in Brooklyn, told jurors in his closing argument on Tuesday. “In return, the UAE unlocked its purse strings.”

During the six-week trial, prosecutors showed jurors hundreds of text messages and emails between Barrack, his former assistant and co-defendant Matthew Grimes, and a businessman named Rashid Al-Malik, whom prosecutors say acted as an intermediary between the two and UAE officials.

Grimes has pleaded not guilty. Al-Malik is at large.

Harris said Barrack passed along “insider information” about U.S. foreign policy to UAE officials, and took Emirati input about what he should say about the Middle East in television interviews and opinion articles.

Jurors last month heard prosecution testimony from former U.S. Secretary of State Rex Tillerson, who said he was unaware of any role by Barrack in U.S. foreign policy.

“How were the defendants able to operate with impunity?” Harris said. “Because they never told … public officials charged with stopping foreign influence campaigns.”

Jackson countered on Tuesday that it was “perfectly normal” for international businessmen like Barrack to meet with UAE officials, several of whom – including Sheikh Tahnoun – had authority over both policy and investment matters. Barrack argues his interactions were part of his role running Colony, now known as DigitalBridge Group Inc.

Jackson pointed jurors to the fact that Barrack disclosed his contacts with UAE officials on a State Department form when he was being considered for diplomatic postings early in the Trump administration as evidence.

“No one discloses this kind of information if they’re trying to hide or deceive someone about the nature of the relationship,” Jackson said.

Barrack himself took the stand last week, testifying that he never agreed to act at Abu Dhabi’s direction. He also pointed to his support of UAE rival Qatar during a 2017 blockade of that country by Middle Eastern neighbors as evidence he was not promoting the UAE’s interests.