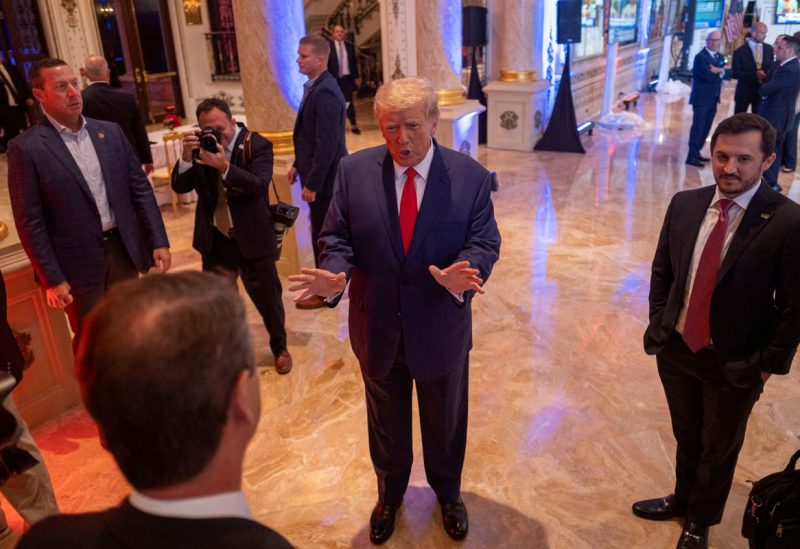 Former President Donald Trump did not appear for deposition testimony before the congressional committee investigating his supporters’ attack on the United States Capitol last year, according to the panel on Monday.

Chair Bennie Thompson, a Democrat, and co-Chair Liz Cheney, a Republican, said in a joint statement that Trump defied a subpoena issued by the panel in October.

“The truth is that Donald Trump, like several of his closest allies, is hiding from the Select Committee’s investigation and refusing to do what more than a thousand other witnesses have done,” Thompson and Cheney said.

The panel did not say what next steps they might pursue against Trump. Thompson told the New York Times in an interview that he would not rule out seeking contempt of Congress charges against the former president.

“That could be an option. And we’ll have to wait and see,” Thomson told the Times. “The first thing we’ll do is see how we address the lawsuit. At some point after that, we’ll decide the path forward.”

Trump filed a lawsuit on Friday seeking to avoid having to testify or provide any documentation to the Jan. 6 committee.

The congressional committee has held a series of hearings as it seeks to make its case to the public that Trump provoked his supporters into storming the U.S. Capitol on Jan. 6, 2021, while lawmakers met to formally declare his loss to Democrat Joe Biden.

The subpoena ordered Trump to submit documents to the panel by Nov. 4 and for him to appear for deposition testimony beginning on or about Nov. 14.

On Nov. 4, it said it had agreed to give Trump an extension before producing the documents but the Nov. 14 deadline remained in place.

Republicans are expected to dissolve the panel if they win control of the U.S. House of Representatives in the mid-term elections.