Trump in his first public speech: ” My journey isn’t over yet.” 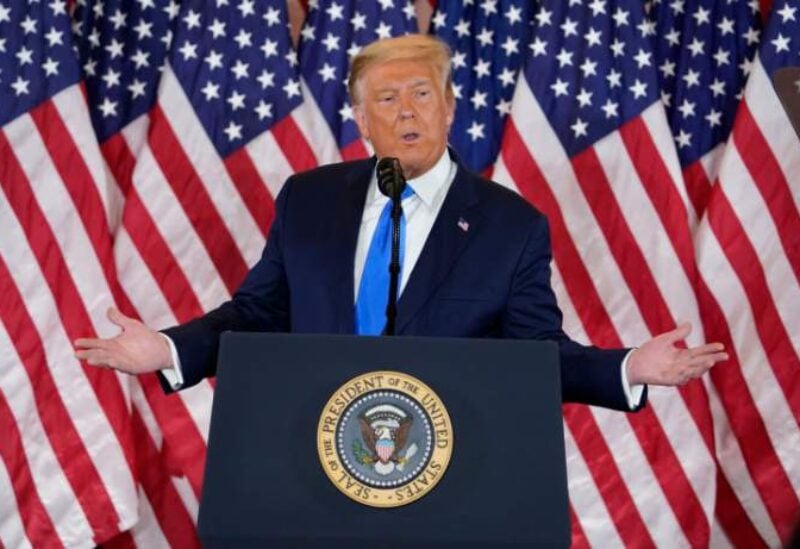 Amid a number of his supporters who raised banners supporting him, former US President Donald Trump confirmed, on Sunday, that his journey “is not over yet.”

Trump took the stage of the “Conservative Political Action Conference” in Orlando, Florida, in his first public speech since leaving the White House.In front of an audience of hard-line conservatives, Trump took the opportunity to attack his White House successor, Democrat, Joe Biden, criticize his immigration policies and demanded that he “open schools at the moment,” according to CNN.

Trump repeated his previous allegations of “fraud” in the elections that confirmed the victory of the Democratic president, and hinted at the possibility of his running for the presidency in the 2024 elections, saying :”I’ll beat them for the third time.” Trump, who did not admit to his election defeat to rival Joe Biden, sharpened his supporters, who were frustrated after the loss, saying that “the amazing journey he began with his supporters four years ago is not over yet.”

Pictures from the conference headquarters showed Trump supporters who still waved flags, wore hats and carried items bearing the name of the former president, while the conference was mediated by a golden statue of the Republican billionaire. At the conference, Trump appeared determined to regain control of the Republican Party, which has become weak and has suffered major divisions since the violent attack by Trump supporters on the Congress building in Washington, on January 6. After Trump spent four years in the White House, the Republicans lost control of both houses of Congress and the White House, and the former president bears forever the stigma of two isolation mechanisms against him, and was accused within the second of inciting sedition against the backdrop of the storming of the Capitol.

Trump denied reports about his intention to establish a “third party”, describing them as “fake news.”” The future of the Republican Party as a party is that it is the party that defends the social, economic and cultural interests and values ​​of American working families of all races, colors, and creeds,” Trump said at the conference, adding that “Republicans believe that citizens’ daily needs should come first.”