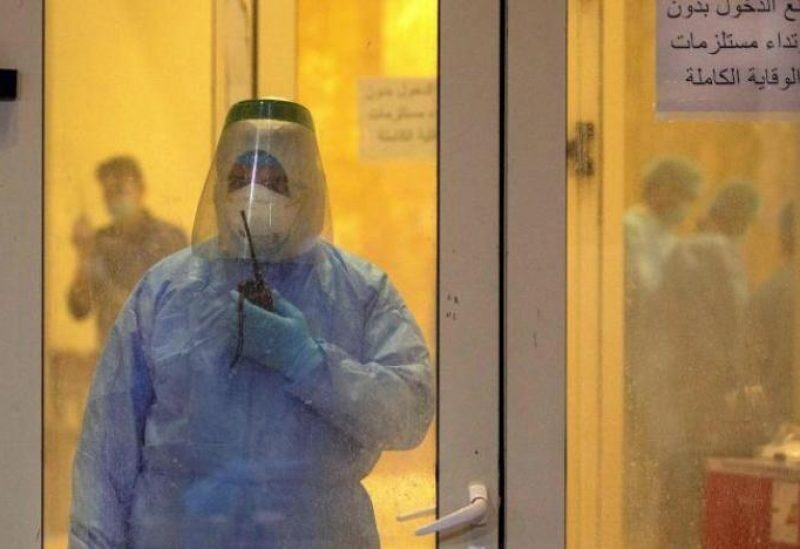 COVID-Global According to Reuters data, 19 illnesses reached a new high in the previous seven days, as the Omicron variety raged out of control, keeping employees at home and overloading testing centers.

Between December 22 and 28, about 900,000 cases were identified on average each day throughout the world, with several nations setting new all-time highs in the preceding 24 hours, including the United States, Australia, many countries in Europe, and Bolivia.

Almost two years after China initially alerted the World Health Organization (WHO) to a cluster of “viral pneumonia” cases of unknown origin in the city of Wuhan, the constantly changing coronavirus is still inflicting havoc, pushing several nations to reconsider quarantine and testing protocols.

Although studies have revealed that Omicron is less lethal than earlier forms, the large number of persons testing positive means that hospitals in certain countries may soon be swamped, and companies may struggle to continue operations due to personnel being quarantined.

“Delta and Omicron are now twin dangers driving up case numbers to record levels, resulting in rises in hospitalization and fatalities,” WHO Director-General Tedros Adhanom Ghebreyesus said at a press conference.

“I am deeply afraid that Omicron, which is highly transmissible and expanding concurrently with Delta, is causing a tsunami of cases.”

French Health Minister Olivier Veran told parliamentarians that the country was seeing a “dizzying” increase in cases, with 208,000 registered in a 24-hour period, a national and European record.

Britain, Italy, Spain, Portugal, Greece, Cyprus, and Malta all set new records for new cases on Tuesday, while the seven-day average number of new daily cases in the United States reached a new high of 258,312 on Wednesday, according to a Reuters calculation. The previous peak was 250,141, set in January of this year.

Since Christmas, hundreds of flights have been canceled across the United States because airline employees have tested positive for the coronavirus. The Centers for Disease Control and Prevention (CDC) in the United States stated it was keeping an eye on 86 cruise ships that had reported COVID-19 cases.

Despite the increase in coronavirus infections, fatalities and hospitalizations are still relatively low, according to CDC Director Rochelle Walensky on Wednesday.

While the current seven-day daily average of cases is at 240,400 per day, up 60% from the previous week, the hospitalization rate for the same time is only up 14% to around 9,000 per day. Walensky stated that deaths were decreasing around 7% to 1,100 per day.

According to British Prime Minister Boris Johnson, 90 percent of patients who ended up in critical care had not got booster immunizations, which medical experts say provide the best protection against Omicron.

Early data from the United Kingdom, South Africa, and Denmark show that the risk of hospitalization from Omicron is lower than that of Delta, according to the WHO’s most recent epidemiological report.

However, Mike Ryan, the WHO’s top emergency specialist, said it was too early to draw clear conclusions because Omicron was spreading primarily among younger, less sensitive age groups.

A lot of nations were also becoming more concerned about the large number of people who were being obliged to isolate themselves because they had come into touch with a coronavirus victim.

“We simply cannot have everyone pulled out of circulation simply because they happen to be in a specific location at a particular time,” Australian Prime Minister Scott Morrison told reporters.

Spain has shortened the duration of isolation for those who have tested positive for COVID-19 to seven days from ten, according to the health ministry, despite the fact that new infections are at an all-time high.

China, on the other hand, continued to its zero tolerance policy, putting 13 million people in Xian, the capital of central Shaanxi province, under strict lockdown for a seventh day as 151 new cases were recorded on Tuesday, but none with Omicron so far.

“I simply want to go home,” said a 32-year-old mechanic who was in the city on business when it was virtually cut off from the rest of the world last week.

The increase in cases corresponds with the New Year’s celebrations in many nations, which are often a time of parties and travel. Some nations, such as Italy, have cancelled public festivities, while Japanese officials have asked citizens to keep New Year’s Eve parties limited.

“The greatest risk is meeting individuals without taking proper precautions against infection,” said Norio Ohmagari, head of the Disease Control and Prevention Center.