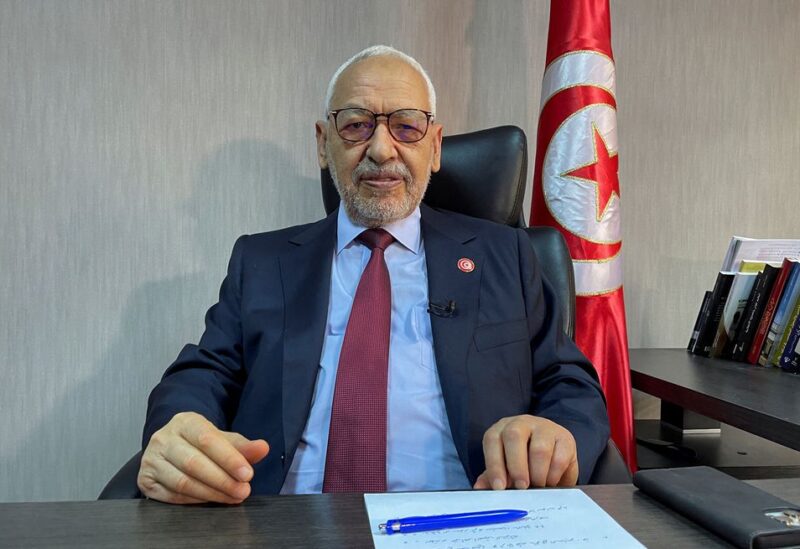 Tunisia's Rached Ghannouchi, head of the moderate Islamist Ennahda and speaker of the parliament, attends an interview with Reuters in Tunis, Tunisia, March 31, 2022. REUTERS/Jihed Abidellaoui

The Head of the Ennahda movement, Rached Ghannouchi, was referred for investigation in the case of the “Namaa Tunisia Association”, by the Tunisian judiciary.

Mosaique local radio reported that “the first investigative judge in Office 23 of the Judicial Pole for Combating Terrorism decided to question Ghannouchi as a defendant in the investigative case relating to the Namaa Tunisia Association.”

On Tuesday, the Financial Analysis Committee of the Central Bank of Tunisia announced the freezing of the bank accounts of Ghannouchi and nine other people, including members of his family. The decision was issued after a request by the first investigative judge in the Judicial Pole for Combating Terrorism at the Court of First Instance in Tunis.

In addition to Ghannouchi, the former speaker of the house, and one of his sons, the announcement included the names of former Prime Minister Hamadi Jebali and his two daughters, as well as former Foreign Minister Rafik Abdessalem. The figures whose names were mentioned in the announcement did not issue an immediate comment.