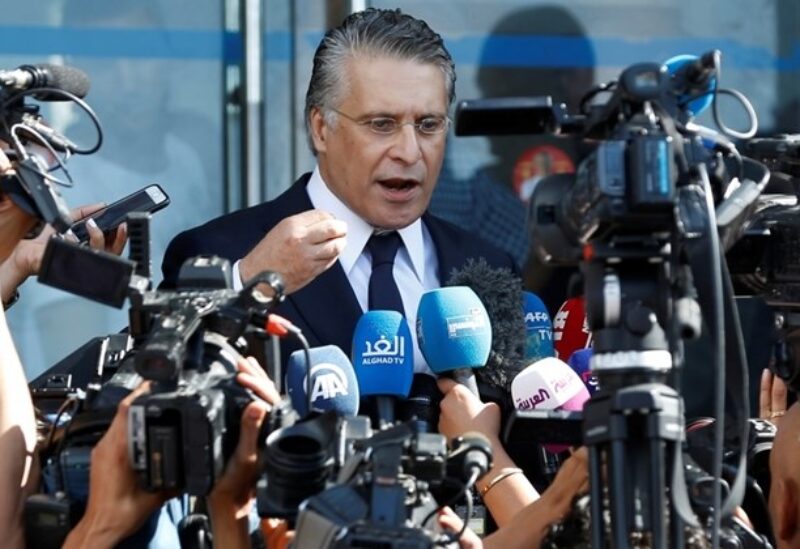 Karoui, the owner of Nessma television channel and head of the Heart of Tunisia political party, the second largest in parliament, was detained in December for a second time for alleged money laundering and tax fraud.

In 2019, Karoui beat most candidates to reach a run-off for the presidency despite spending most of the campaign behind bars. He ultimately lost in a landslide to President Kais Saied.

His Heart of Tunisia party, which came second only to the moderate Islamist Ennahda in a parliamentary election the same year, has joined with it in giving narrow majority support to Prime Minister Hichem Mechichi’s government, which has been locked in a power struggle with the president.

Karoui’s critics regard him as a corrupt populist wrongfully using his television station and a charity he owns for personal political gain. His supporters view him as a champion of Tunisia’s poor and regard his detention as politically motivated.

Tunisia, the only country to emerge with an intact democracy from the “Arab Spring” revolts a decade ago, has since been plagued by political turmoil and economic hardship.