Tunisia: UN calls for action against assaults on female activists 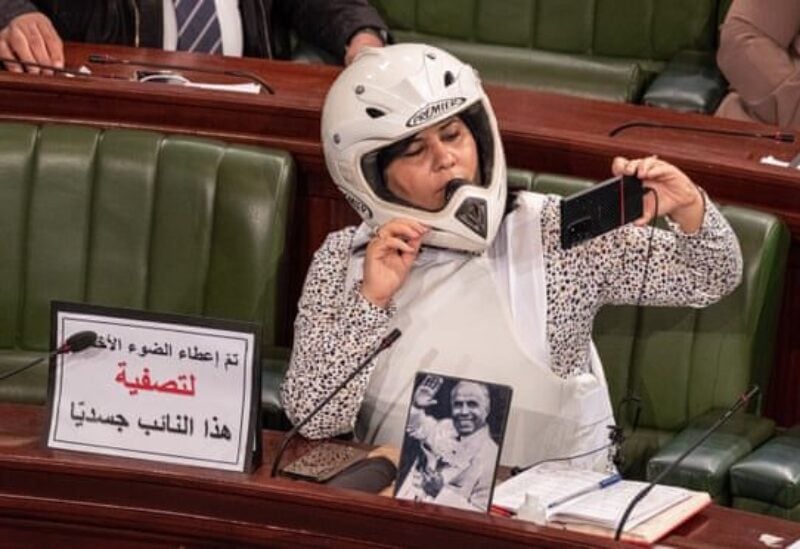 The UN condemned the aggression of a Tunisian MP on his female colleague  Abir Moussi during a parliamentary session on 30 June, Anadolu has reported. The international organisation called on the authorities to “take appropriate measures” against such violence.

Independent MP Sahbi Samara slapped and kicked Moussi, the leader of the Free Destourian Party, as she was broadcasting a live feed on her phone of the session concerned with a law covering an agreement between the Tunisian government and the Qatar Fund for Development which will allow the latter to open an office in Tunis. Later the same day, Moussi was physically assaulted by Seifeddine Makhlouf MP of Al-Karama Coalition.

The UN office in Tunisia said that its staff is following “with concern” what is happening in the Tunisian parliament. “This was not an isolated case; it occurred after other recent examples of violence and hatred against female deputies, and more broadly female political activists in Tunisia.”

Any act of violence against women involved in politics, whether physical or verbal, is not only a violation of human rights, added the UN. “It also poses a serious threat to democracy and women’s participation in public life.” It called upon the Tunisian authorities to take “appropriate action” against the perpetrators and urged members of the Assembly of People’s Representatives, as elected representatives of the people of Tunisia, to demonstrate the highest ethical standards in their conduct.

Moussi has on several occasions expressed her rejection of the popular revolution of 2011, which overthrew former President Zine El Abidine Ben Ali (1987-2011). A few days ago, the parliament was forced to move its sessions from its principal location after she and the other representatives of her bloc staged a sit-in in the plenary hall in protest at the agreement between Tunisia and Qatar. The Free Destourian MPs are accused of working to disrupt the work of parliament through protests and “baseless” allegations.