Tunisian election marks a new low for ‘birdman’ of 2011 uprising 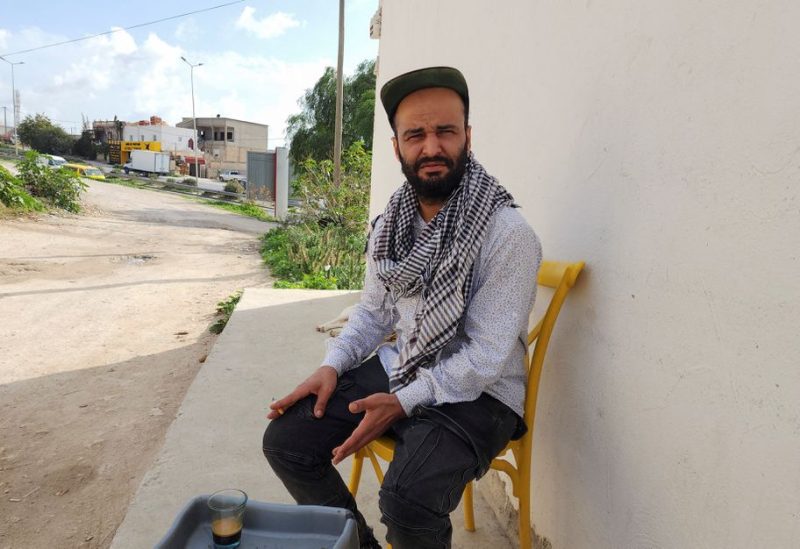 Wadii Jelassi, who won fame releasing a caged bird among protesters during Tunisia's 2011 revolution in Tunis, speaks during an interview with Reuters at a cafe in Nahli, a suburb of Tunis, Tunisia December 16, 2022. REUTERS/Tarek Amara

Nearly 12 years after his image went around the world as he freed a caged bird among protesters during Tunisia’s revolution, Wadii Jelassi has lost the political ideals that inspired him to rise above the crowd.

His country holds a parliamentary election on Saturday. But the new legislature will be largely powerless and, after years of political disappointment and a slide away from democracy, Jelassi will not vote.

“I feel more suffocated in my country. There is no clear future for me or my family and friends from the neighbourhood,” he told Reuters.

“I don’t feel free and I can’t write freely on social media. It is very worrying.”

Jelassi’s journey, from the uprising against one-man rule to a vote that takes place on the anniversary of the revolution’s inciting incident, mirrors the lost illusions of a generation that fought for democracy but saw it slip away.

Tunisia’s revolution began when vegetable seller Mohamed Bouazizi set himself on fire after a dispute with police on December 17, 2010, triggering protests that erupted into a nationwide uprising.

As huge crowds filled Tunis in January 2011 and autocrat Zine el-Abidine Ben Ali fled the country, Jelassi was photographed in the crowd holding aloft a cage with the Tunisian flag tied to it and opening the door to release a dove.

The image of the unemployed 21-year old became iconic, a symbol of the hopes for freedom that spread across North Africa and the Middle East to trigger the ‘Arab spring’.

As the other revolts were crushed or morphed into grinding civil wars, Tunisia’s democracy stood as a lone beacon of success.

But though elections were fair and speech was free, the country lurched from crisis to crisis as its leaders bickered and the economy stuttered.

‘NOTHING WORKS IN THIS COUNTRY’

Jelassi, who was sitting in a cafe in a run-down district of unmade roads and decrepit buildings, lost faith in politicians.

He was not the only one getting fed up. In the 2019 election, voters picked Kais Saied, a stern independent who vowed to end the paralysis and clean up corruption, as president.

Working as a porter in an electronics store, Jelassi suffered along with the rest of the country when the COVID-19 pandemic crushed the economy and pushed up prices.

When Saied shut the parliament down with tanks last summer citing a national crisis, Jelassi was among the crowds who took to the streets in jubilation, echoing the throngs who had filled Tunis during the revolution.

“We were with Kais Saied and supported him… because he is like us and came from the poorer neighbourhoods,” said Jelassi.

But nearly 17 months later, nothing has materially improved for Jelassi.

Tunisia’s economy is on life support. The new parliament to be elected on Saturday will have few powers.

The opposition calls Saied a dictator and he calls them enemies of the people. New laws mandate prison terms for people posting “fake news”

“Nothing works in this country. Democracy, the economy, and people’s conditions,” Jelassi said, adding that he feels betrayed. “For the first time, I will not vote… Enough is enough.”