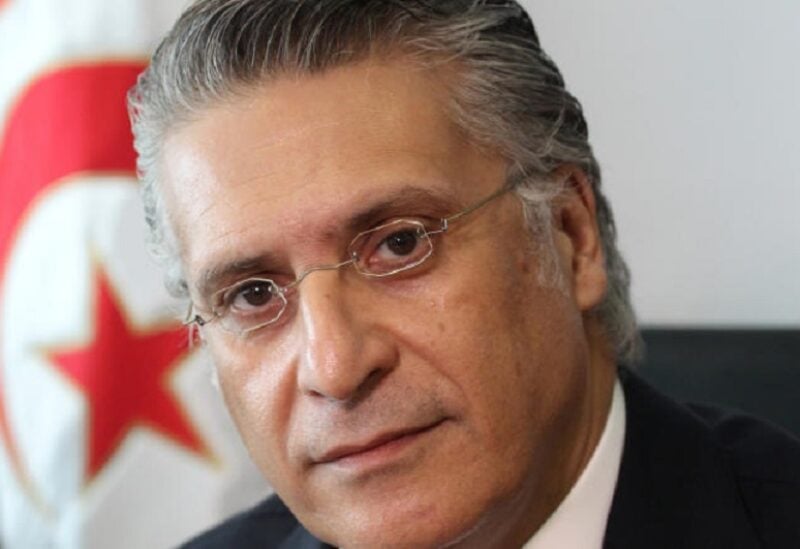 Nabil Karoui, Liberal party leader, runner-up in Tunisia’s 2019 presidential election that saw Kais Saied elected, and his MP brother, has been arrested in Algeria along with media reports said on Monday.
The privately owned Radio Mosaique FM said border police arrested the Qalb Tounes party chief and his brother Ghazi Karoui in the Tebessa region of northeast Algeria. Senior party official Oussama Khelifi told reporters “official information” was still being awaited. The arrest of the brothers has not yet been confirmed by the authorities in either country.

“We have not heard from Karoui for a week,” Khelifi said.
Riadh Al-Nouioui, spokesman for Kasserine court in central Tunisia, said that “the authorities are investigating two people suspected of helping the Karoui brothers escape” to Algeria.
Nabil Karoui founded the private Tunisian channel Nessma TV, which is partly owned by Italy’s former Prime Minister Silvio Berlusconi.
Karoui has been under investigation since 2017 in a money laundering and tax evasion case.
He was arrested in 2019 and spent more than a month in prison at the height of the presidential election campaign.
He was freed but rearrested last December and spent six months in pre-trial detention before being let out again in June 2021. Karoui’s presidential campaign focused on the fight against poverty and his opposition to Islamist politics despite allying himself with the Ennahda party.
He lost out to Saied, a retired law professor and political newcomer, as the electorate rejected the political class that had ruled since the 2011 revolution.
On July 25, Saied dismissed parliament, sacked the prime minister and granted himself sweeping powers, invoking the constitution as justification. Since then, there has been a wave of travel bans and house arrests targeting parliamentarians, magistrates and businessmen in an anti-corruption purge that has raised fears of a decline in freedoms.