Tunisian newspaper: The ammonia nitrate that caused Beirut’s blast are from Gabes, Tunisia 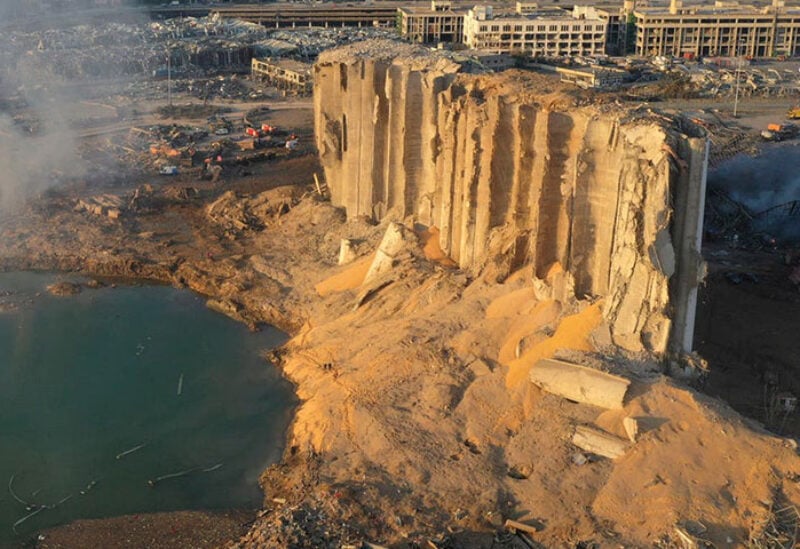 A Tunisian media report suggested that the materials causing the explosion in the Beirut port on August 4, were coming from Tunisia, due to the disappearance of a very significant amount of “ammonia” from the chemical complex in the governorate of Gabes (southern Tunisia) in the period between 2013 and 2019 .

The Tunisian weekly Al-Anwar stated, in its issue, published today, Friday, that the nature and quantity of explosive materials that blew up the Beirut port and its surroundings, which is 2700 tons of “ammonium nitrate” composed of ammonia gas and acide nitrique, corresponds to the amount of “ammonia” that the 5,845 tons were lost from the chemical complex in Gabes.

On August 23, the newspaper mentioned the loss of 12,000 tons of explosive materials from the chemical complex factories in Gabes, about half of which were “ammonia”.

It is noteworthy that this information was denied by the chemical complex at the time, asserting that it was “an unfounded claim.” It stressed that the place is “secured and monitored by the bureau and the regional and national guard for dangerous materials and explosives,” in addition to that it is “surrounded by a 4-meter-high wall with barbed wire, which is classified as a military zone,” according to the statement issued at the time.

On Friday, the newspaper mentioned a “strange explosion” that occurred at the end of last week at the chemical complex plant in Gabes. And considered that this explosion “and the accompanying conflict of facts disclosed between the factory management and the official authorities” confirms “the existence of an open agenda to abolish the factory in order to bury the imprint of its relationship to the Beirut bombing,” according to the report.

“An internal audit, carried out by the Acting Director of this factory in the period between December 2019 and January 2020, after the sudden absence of the first official, led to the discovery of the disappearance of these materials,” according to the same newspaper.

The audit indicated, according to the same source, that widespread fraudulent production data occurred during the period from 2013 to 2019. The newspaper considered that this matter “corresponds to the first results of the ongoing criminal investigations in Lebanon, which confirm that the arrival of“ ammonium nitrate ”to the port of Beirut goes back to 2013 ″.

Inspections conducted by the Tunisian National Guard at the beginning of last year indicated that there are about 20 serious loopholes in the safety system of the chemical complex plant in Gabes that facilitate “the occurrence of leaks of small quantities and in a measured manner,” which confirms, according to the newspaper, that the huge quantities of explosive materials that were lost from The plant may take several years to leak.

The same inspections also confirmed the loss of 7.6 tons of “ammoniacal” exclusively used in the manufacture of dynamite during the second half of 2019. They stressed that “the safety system was struck during the rule of the Ennahda Movement and its allies when the National Guard was supervising a person involved in several files, including smuggling of medicines.” To the ISIS of Libya, ”according to the same source, before the same personality assumed the position of“ head of the National Guard region in Gabes, ”to be appointed later as commander of the National Guard by the former Minister of Interior Ali Al-Areedh.

In this context, the newspaper considered that “the Turkish regime has deliberately diverted attention to the Libyan army regarding the source of the explosives that blew up the Beirut port, with the aim of obscuring the true source, which is the chemical complex plant in Gabes.”

She cited in this regard a news report published by the Turkish “Anadolu Agency” on August 13 (9 days after the Beirut bombing), which included a statement by the head of the Libyan Oil Corporation affiliated with the government of reconciliation loyal to the Turkish regime, in which he accused the commander of the Libyan army, Khalifa Haftar, of storing 25 thousand tons of gas “Ammonia” at the port of Brega.

The Tunisian newspaper concluded that Turkey was involved in leaking “ammonia” gas from Gabes and delivering it to the port of Beirut, as criminal investigations in Lebanon had indicated the involvement of the Ablania-sea carrier Agrobland, which is considered one of the Turkish influence sites.

It is noteworthy that on August 4, a powerful explosion rocked Beirut Port, killing about 200 people. About 3000 tons of “ammonium nitrate”, a highly explosive chemical that had been stored in a facility in the port, exploded for about six years.