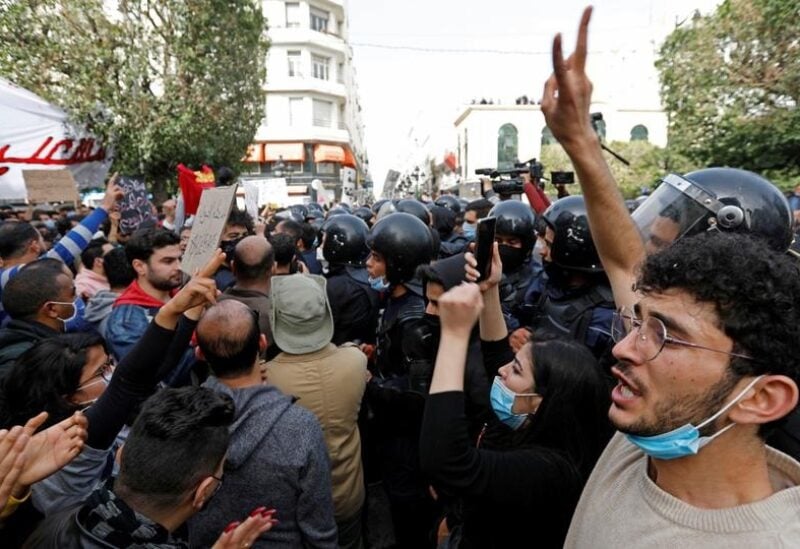 A standoff over a cabinet reshuffle in Tunisia has accelerated a power struggle between the president, prime minister and parliament speaker that threatens to spill over into street protests by rival blocs and bring down the government.

The dispute has been building since a 2019 election delivered a fragmented parliament and a political outsider as president, creating a constant state of political turmoil in the only country to emerge with an intact democracy from the “Arab Spring” revolts a decade ago.

It has come to a head as Tunisia attempts to navigate the economic havoc wrought by COVID-19, while facing the biggest protests for years and public debt levels that have spooked capital markets needed to finance the state budget.

If the government falls, appointing a new one could take weeks, further delaying fiscal reforms needed to win financing.

“Today the revolution faces its most severe crisis and the solution is dialogue leading to change in the constitution, the political system, the electoral system,” said Zouhair Maghzaoui, head of the Chaab political party, which has backed President Kais Saied in his dispute with Prime Minister Hichem Mechichi.

Saied has vowed not to swear in four ministers nominated in a reshuffle by Mechichi, saying each has a possible conflict of interest.

Mechichi, who took office last summer, is backed by Parliament Speaker Rached Ghannouchi, head of the moderate Islamist Ennahda, the only major political party to have weathered Tunisia’s first decade of democracy.

The 2011 revolution jettisoned autocracy, but many Tunisians have been disillusioned by a bad economy. Meanwhile, a power sharing system established in a 2014 constitution has led to constant squabbling between presidents, prime ministers and parliamentary leaders.

Both parliament and the president are required to approve a prime minister, who has most executive powers while the president oversees defense and foreign affairs.

A constitutional court, envisaged to resolve disputes between rival branches of the state, has not been formed yet because none of those in power can agree on judges, they trust to be impartial.

Saied wants a presidential system with only a minor role for political parties. Ghannouchi and his allies want a more clearly parliamentary system.

“The president wants to be the main player… he wants a puppet prime minister,” said Sadok Jabnoun, a senior official in jailed media mogul Nabil Karoui’s Heart of Tunisia party and a supporter of Mechichi.

Recent protests against inequality and police abuses have mostly directed anger at Mechichi and Ghannouchi.

However, Ghannouchi’s Ennahda has called for its own members to demonstrate on Saturday to “protect democracy” and oppose Saied’s rejection of Mechichi’s reshuffle.

Other parties with opposing views have also called for demonstrations.

The spectra of rival protests recalls the extreme polarization that gripped Tunisia in 2013 and 2014 before Ennahda and a group of secular parties averted violence by agreeing to share power.

Saied, a political outsider, won the 2019 presidential election run-off vote in a landslide that, analysts say, he saw as a strong personal mandate and a rejection of the parties that dominate parliament.

Meanwhile the parliamentary election left a chamber in which no party had more than a quarter of votes, making it all but impossible for a government to gain stable majority backing.

“I am not ready to back down from my principles,” Saied said of the dispute, adding that the presidency was not a mere post office to uncritically receive decisions sent by prime ministers.