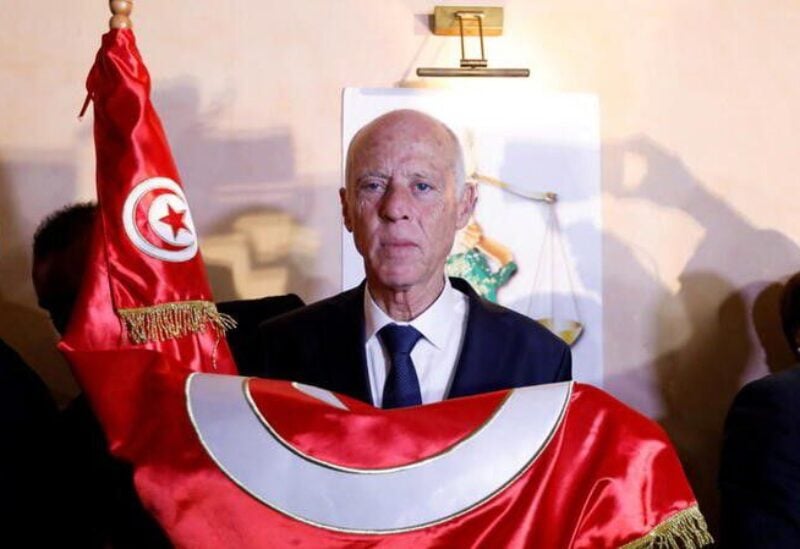 Tunisian presidential candidate Kais Saied reacts after exit poll results were announced in a second round runoff of the presidential election in Tunis, Tunisia October 13, 2019

Thousands of Tunisians flocked to the streets on Saturday to oppose President Kais Saied’s push for a referendum on a new constitution that would solidify his grip on power.

The demonstration, coordinated by Abir Moussi, the leader of the Free Constitutional Party, mirrored growing resistance to Saied since he took executive authority last year, dismissing parliament and ruling by decree in a move that critics dubbed a coup.

“Tunisians are starving, public finances are collapsing, but Saied does not care.. He only focuses on a personal project to impose his constitution.. we will not accept that,” Abir Moussi told the crowd.

Saied is seeking to overhaul the constitution to give the presidency more powers, against the backdrop of a tanking economy and fears of a public finance crisis. He intends to put the new constitution to a referendum on July 25.

Saied has appointed a new electoral commission, casting doubts over the credibility of any vote. He has also appointed a temporary judicial council and sacked dozens of judges.

His supporters say he is standing up to elite forces whose bungling and corruption have condemned Tunisia to a decade of political paralysis and economic stagnation.

However Tunisia’s main political parties have said they will boycott the referendum, and the powerful UGTT labour union has refused to take part in talks on the new constitution.