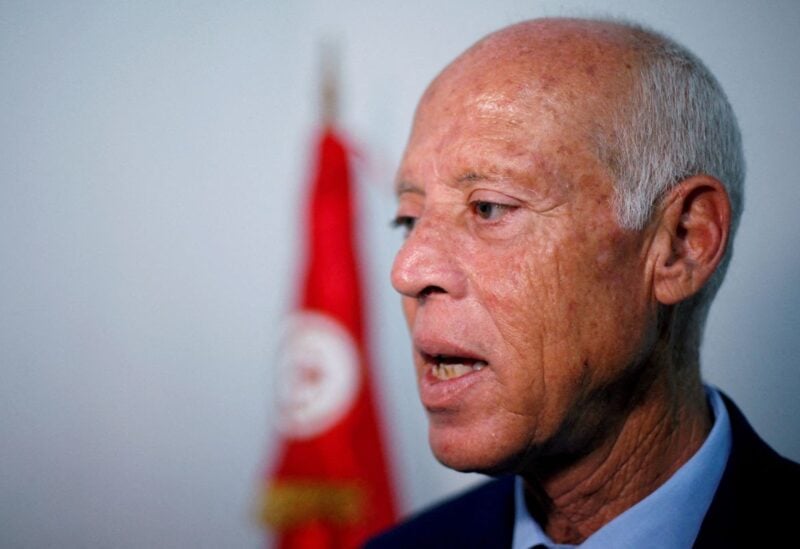 President Kais Saied has proposed a new constitution that will formalize his sweeping seizure of power, after tearing down a large portion of Tunisia’s fledgling democracy over the course of 11 stormy months.

The economy is on the verge of collapse, and opposition to his reign is escalating as he gears up for a referendum to endorse his reforms.

Saied, a former lecturer in law with a stern demeanor, moved against the parliament last summer by encircling its building with tanks, granting himself the ability to rule by decree, and seizing ultimate control over the court.

He has depicted his actions as a corrective to political dysfunction and corruption caused by the 2014 constitution that shared powers between president and parliament.

But his critics say he is a new dictator whose power grab last year was tantamount to a coup and whose march to one-man rule has trashed the democratic gains of Tunisia’s 2011 revolution.

The constitution he announced late on Thursday enshrines a supreme role for the president, relegating both parliament and judiciary to functions of the state he will lead, rather than branches of power in their own right.

Having framed his July 25, 2021, seizure of powers as the start of a new republic, he has set the referendum on his new constitution on the anniversary of that date.

Saied was a political novice when elected president in 2019. Less than two years later, he outmanoeuvred his more experienced political adversaries, including the Islamist Ennahda party, with his sudden moves against the parliament and previous cabinet. These steps heralded the start of his bid to amass power.

They appeared to be hugely popular among Tunisians who were fed up with political bickering and economic malaise. Thousands took to the streets to celebrate and the president basked in a stated conviction that he represented the will of the people.

His supporters have hailed him as an independent man of integrity standing up to elite forces whose bungling and corruption have condemned Tunisia to a decade of political paralysis and economic stagnation.

But critics are deeply sceptical of promises he will preserve the rights and freedoms won in 2011, which he has written into the draft constitution, and say he is throttling Tunisia’s nascent democracy. Saied has painted his opponents as enemies of the people and has urged arrests of those who defy him.

While it is unclear just how much backing Saied continues to enjoy, opinion polls have indicated declining support. The economy is in deep trouble and Tunisians are growing poorer.

The powerful labour union is already mounting public sector strikes over economic reforms required for an IMF bailout and has also indicated it disapproves of his referendum.

Though opposition to Saied is fragmented, with the most powerful parties refusing to put aside old differences to reject his plans, it has mobilised thousands of demonstrators in protests against him.

By contrast, after a pro-Saied rally last year that Reuters journalists present said had drawn only a few thousand, the president boasted that 1.8 million of his supporters had flocked to the streets.

Tunisian politics is closely watched abroad because of the country’s role in triggering the 2011 “Arab Spring” uprisings and its success as the sole democracy to emerge from them.

Saied, a solemn, 64-year-old who speaks an ultra-formal style of classical Arabic, wants to rewrite the history of that revolution, when he would walk at night through Tunis’s old city talking with protesters.

He has changed the date when the state marks its anniversary to play down the ousting of autocratic president Zine el-Abidine Ben Ali and has rejected the results of hard negotiations afterwards that led to a democratic constitution.

That 2014 constitution was the work of rival political parties and civil society organisations who held a grand national dialogue to work past bitter disputes for a compromise that seemed to bring the country together.

Upon his election in 2019 as an independent candidate, defeating a media mogul accused of corruption in a landslide second-round victory, he declared a new revolution.

Besides dismissing the unpopular but elected parliament, Saied has ousted the previously independent judicial authorities and electoral commission, raising fears over rule of law and the integrity of elections.

He has also purged state employees, including some in the security services, to oust people linked to the main political parties.

He has since said he wants to hold new parliamentary elections in December.

For many Tunisians, Saied remains something of a caricature whose frequent online videos show him lecturing subordinates or visitors from behind the presidential desk.

Those videos have given few insights into policy plans to address Tunisia’s main economic problems, but they have often included fiery rhetoric against his detractors and opponents, adding to fears the president seeks autocratic ends.