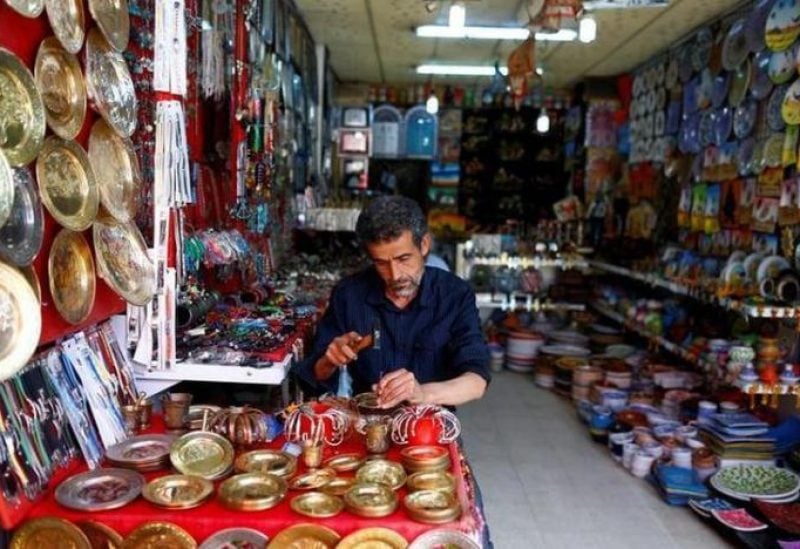 Kamel, 56, a brass carver and vendor of souvenirs, works at his shop as he waits for customers in the old city of Sousse, Tunisia June 23, 2016. REUTERS/ Zohra Bensemra

The Tunisian Institute of Statistics (INS) revealed Monday that Tunisia’s balance of trade deficit widened by a record of 21 billion dinars (around $6.7 billion) in the first 10 months of 2022 from a year earlier, an increase of at least 60 percent.

In the first nine months of 2022, the trade deficit increased by 19.2 billion, meaning it increased no less than 2.1 billion dinars in one month.

The trade deficit was 13.31 billion dinars in the same period of 2021, INS figures showed.

Trade deficit has been one of the main problems facing Tunisia as it grapples with an economic crisis.

This result is largely explained by the deficit recorded with some countries, such as China Türkiye, Algeria, Russia , Italy and Spain.

On the other hand, the balance of trade in goods recorded a surplus with other countries mainly with France, Germany and Libya.

According to data released by the National Institute of Statistics (INS), exports went up 24.9%, while imports recorded an increase of 34% to 68.6 billion dinars, against 51.2 billion during the ten months of the past year.

Separately, data published by the Central Bank of Tunisia said the net foreign exchange reserves have dropped to their lowest in three years.

Last month, Tunisia reached a preliminary agreement with the International Monetary Fund (IMF) for a $1.9 billion rescue package that could be finalized in December.

The global lender has conditioned such a bailout on reforms to rein in public spending and reform Tunisia’s state-owned companies.