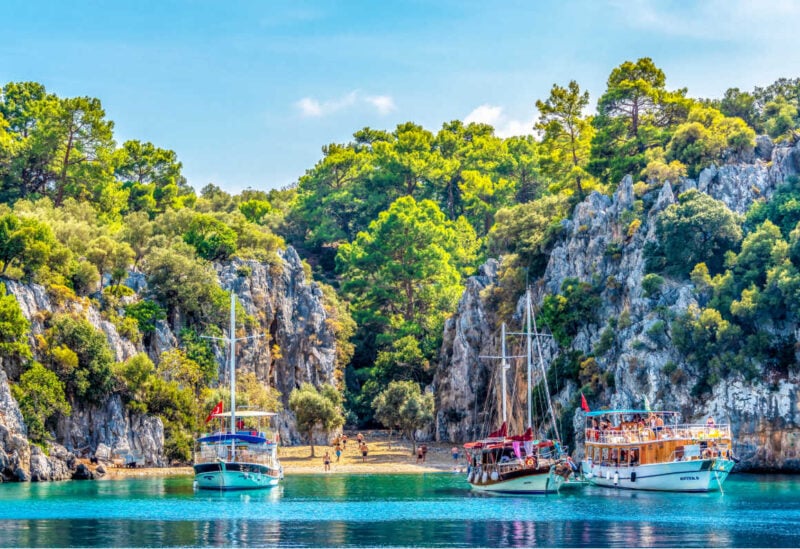 Turkey is expected to admit British tourists without a vaccine certificate or negative Covid-19 test because it is confident most will be inoculated by the summer.

The country’s tourism minister said visitors may be welcomed as soon as the UK government lifts its ban on non-essential travel, expected on May 17.

The move stands in contrast to Greece, which is in talks with UK ministers about the creation of vaccine certificates.

The EU has also proposed a vaccine passport scheme for inoculated travellers.

But Turkish Tourism Minister Mehmet Ersoy said the success of the UK’s vaccine drive meant British tourists would be welcomed “with open arms”.

“We will re-evaluate the situation and then decide if we will continue to require negative PCR test results from British citizens entering the country,” he said.

“I expect there will be no such requirement from British visitors as the UK government is rapidly, and impressively, rolling out the vaccination programme for the whole nation and a significant portion of the population will be vaccinated by early summer.

“We are looking forward to welcoming British tourists with open arms, as we did safely last summer.”

The prospect of international travel depends on whether the UK will require travellers to quarantine on their return home.

Concern about imported coronavirus cases prompted ministers to set up a hotel quarantine system for arrivals from 33 “red list” countries earlier this year. All other travellers are required to quarantine at home for 10 days.

Previous “travel corridors,” introduced last summer meant tourists did not have to quarantine on their return if they visited a country with low rates of coronavirus.

The system was abandoned as a surge in cases swept the continent.

Turkey was removed from the UK’s safe list last October because of concerns about the way the country reports its data.

The country is prioritising hotel employees and other tourism workers for vaccination before the main summer season.

Entry to the UK is banned from the following countries for non-nationals.

British and Irish nationals, and those who have residence rights in the UK, are able to enter from these countries but must quarantine in a government-approved hotel for 10 days.

Democratic Republic of the Congo

Portugal (including Madeira and the Azores)