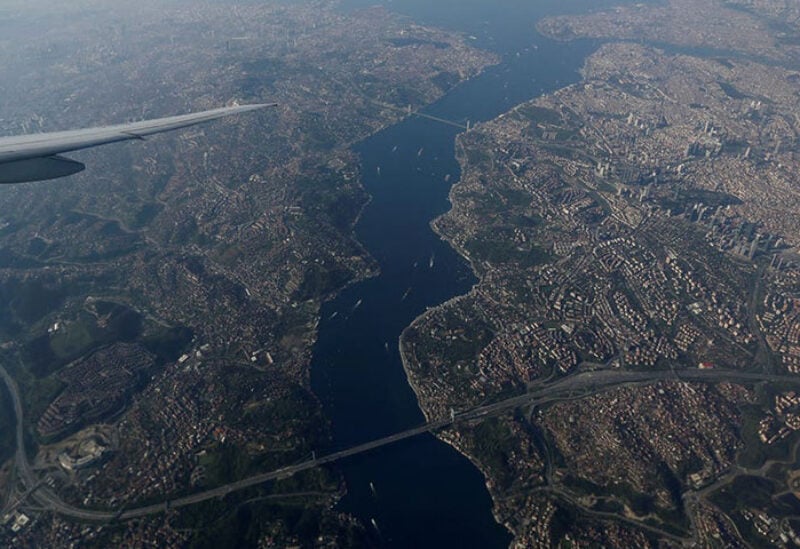 A group of retired Turkish admirals came under fire Sunday for issuing a statement that government officials tied to Turkey’s history of military coups.

The 103 former navy officers criticized a suggestion that Turkey could withdraw from the international treaty that regulates shipping through the Bosporus and Dardanelles straits, which link the Mediterranean Sea to the Black Sea.

Turkish Vice President Fuat Oktay compared the statement’s signatories to “cowards whistling in a graveyard.” Numan Kurtulus, the deputy leader of Turkey’s ruling party, tweeted that they were the “lovers of old Turkey who see themselves above the will of the nation.”

The possibility of leaving the 1936 Montreux Convention was raised earlier in the week during discussions about the construction of a shipping canal to the north of Istanbul that would bypass the Bosporus.

“The fact that withdrawing from the Montreux Convention was opened to debate as part of talks on Canal Istanbul and the authority to exit from international treaties was met with concern,” the retired admirals said in a declaration released late Saturday.

“We believe that all kind of remarks and acts that would lead to discussions on the Montreux Convention, which holds a significant place in Turkey’s survival, should be refrained from,” the group said.

Ruling party and government officials drew a parallel with statements that accompanied past military takeovers in Turkey. The chief prosecutor in Ankara launched an investigation into the admirals’ declaration.

“The statement of a group of pensioned military members evoking the period of coups has only made them appear ridiculous and pathetic,” Erdogan’s spokesman, Ibrahim Kalin, tweeted.

“Let them know that our beloved nation and its representatives will never allow this mentality and enthusiasm for (military) tutelage,” Kalin said.

In a statement, the Defense Ministry said the armed forces could not be used as a “vehicle for greed, ambition and personal aims of those who do not have any duties or responsibilities.”