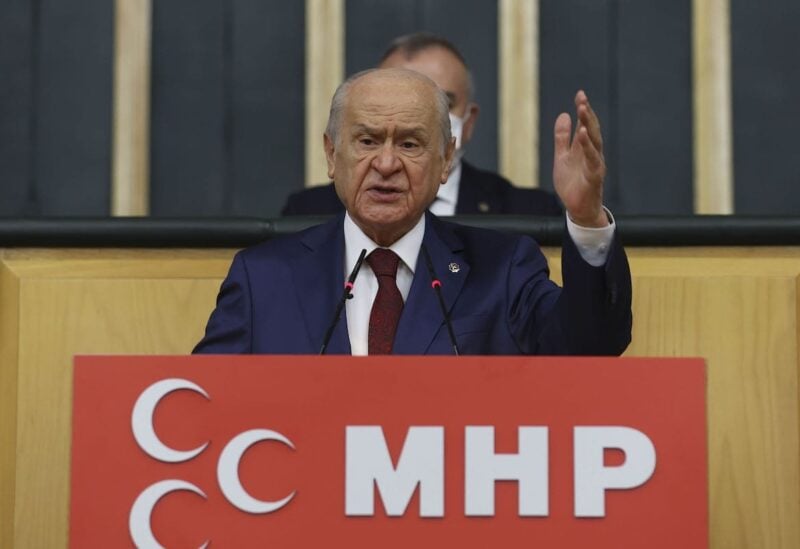 Israel’s terror could trigger a global or regional war, the leader of Turkey’s Nationalist Movement Party (MHP), Devlet Bahceli, warned yesterday as he called on the United Nations to place peacekeepers in the occupied city of Jerusalem.

“Israeli terror is impossible to be digested. If it goes on like this, if the brutality does not stop, if the categorical attacks on belief and human rights persist, either a global or a regional war will emerge as the last choice,” Bahceli told his party’s parliamentary group.

He added that the Israeli Prime Minister Benjamin Netanyahu has committed massacres against humanity and should appear before the International Criminal Court (ICC) in The Hague.

“If a protective force is not planned in Jerusalem with the participation of the UN or Islamic countries, then the voice of history should be heard and the Turkish nation, who knows the spirit and texture of Jerusalem, should step in for a new guard duty,” Bahceli said.

“If there is a call, we should go, control the situation, enter as far as we can, and finally stop the bloodshed. Let us ensure peace, stability and security together,” he added.

Israel launched an air campaign against Gaza on 10 May killing more than 210 Palestinians, over 60 of them children, and injuring 1,400. Ten Israelis have been killed during the offensive.