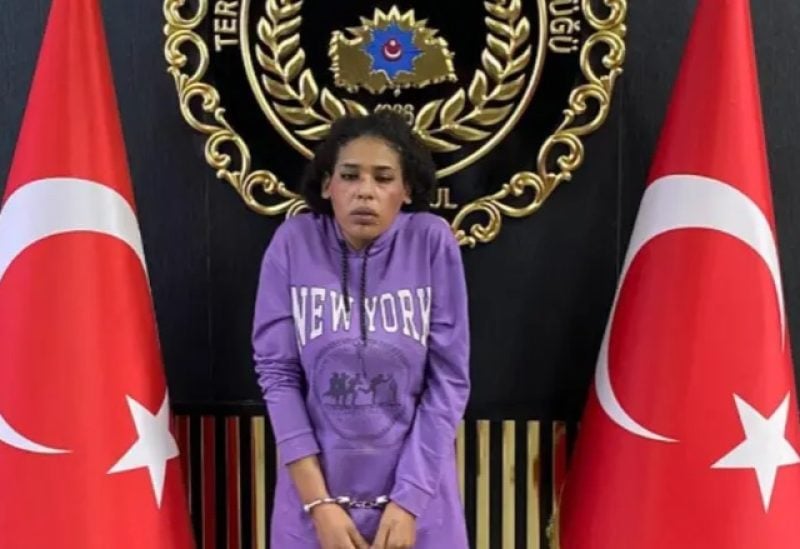 Syrian woman, identified on social media as Ahlam al-Bashir, who was arrested by Turkish police for planting the bomb that killed six people in central Istanbul on Nov. 13, 2022.

Turkish police on Monday said they had arrested a Syrian woman for planting a bomb that killed six people in central Istanbul, adding that she was working for Kurdish gunmen.

The woman is “of Syrian nationality,” the private NTV television quoted the police as saying. She reportedly admitted to have received an order from the Kurdistan Workers’ Party (PKK) listed as a terror group by Ankara and its Western allies.