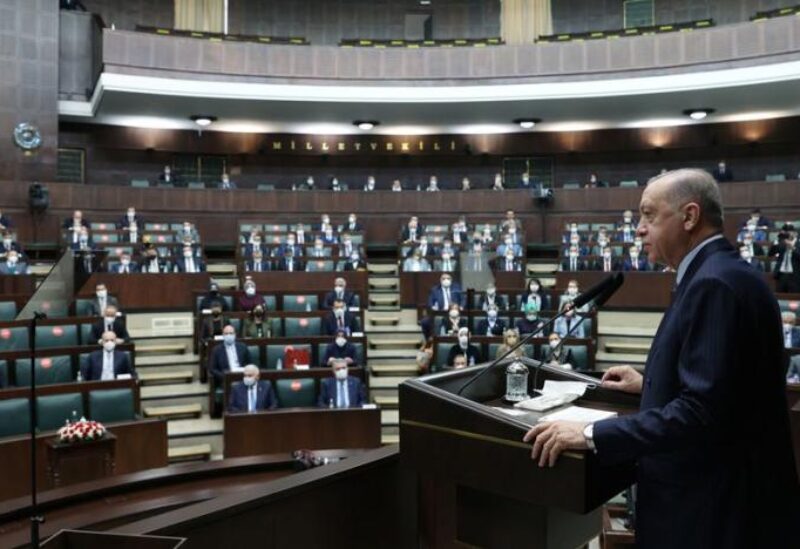 Turkish President Recep Tayyip Erdogan said he refuses for his country to be used as a haven for refugees that the West fears to host.

He accused the international community of failing the humanitarian crisis test in Syria, saying western countries have been inhumane and racist in dealing with refugees.

Moreover, he said the West, under the pretext of combating the ISIS terrorist group, offered support to the People’s Protection Units (YPG), the largest group in the Kurdish Syrian Defense Forces (SDF).

The West has not met the pledges made to Turkey, alleged Erdogan.

It has not taken any steps towards the millions of refugees in northern Syria, he added, referring to US support to the SDF that is angering Turkey.

He denounced western countries, deeming them as partners in crimes that have killed one million Syrians and displaced around 16 million others.

Turkey often uses refugees as bargaining chips with the European Union, with which it signed an agreement in 2016 on illegal immigration through which it agreed to receive 6 billion euros to support Syrian refugees.

Ankara, however, believes the amount is not enough and is demanding more and is making more demands related to its membership in the EU and exempting its residents from the Schengen visa.

Meanwhile, Turkish forces shelled the village of Tokhar Saghir north of Manbij city in the eastern countryside of Aleppo.

The attack is part of the ongoing clashes between Turkish forces and its allied factions with Kurdish units, the Afrin Liberation Front, and other groups affiliated with the SDF and Syrian regime.