Turkey says dialogue on disputes with Saudi Arabia to continue 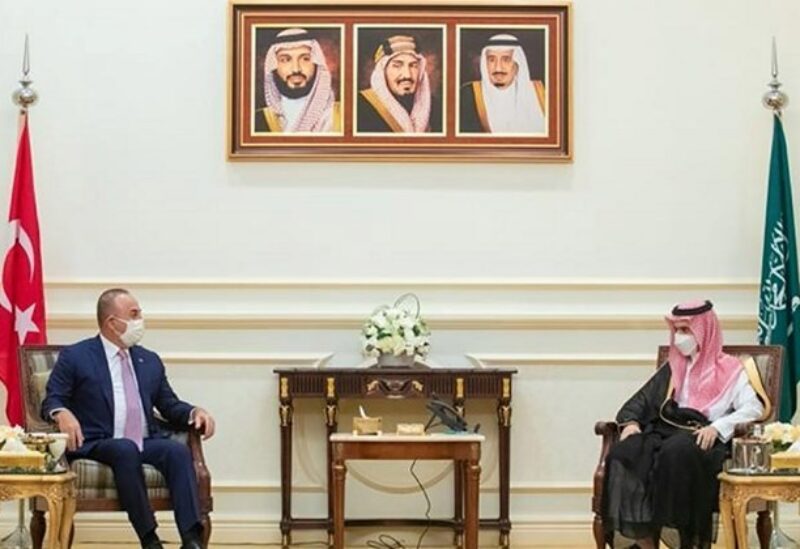 CAIRO/ANKARA: Turkey and Saudi Arabia will maintain dialogue to address their disagreements, Turkish Foreign Minister Mevlut Cavusoglu said on Tuesday, after discussing bilateral ties and Israeli actions in Jerusalem and Gaza with his Saudi counterpart in Mecca.

Cavusoglu and Saudi Arabia’s Foreign Minister Prince Faisal bin Farhan met for talks aimed at overcoming a rift over the 2018 killing of Saudi journalist Jamal Khashoggi in Istanbul that led to bitter recriminations and a Saudi boycott of Turkish goods.

“I want to thank my brother Prince Faisal for his invitation and hospitality. We held a very open and frank meeting and addressed some problematic areas in our relationship,” Cavusoglu told Turkish state news agency Anadolu, in televised comments.

“We also discussed how to increase our cooperation in bilateral ties and in regional issues. We decided to continue our dialogue and I invited him to Turkey,” Cavusoglu said.

The two ministers also discussed the “aggression” of Israel, Cavusoglu said, after the Arab League condemned deadly Israeli air strikes on the Gaza Strip and called on the international community to move urgently to stop escalating violence that it blamed on Israeli actions against Palestinians in Jerusalem.

“With the Saudi foreign minister, we didn’t just discuss our bilateral ties, but we also discussed the steps we can take within the OIC, Arab League and beyond,” he said, using the acronym for the Organisation of Islamic Cooperation. “We also evaluated other regional issues.”