Turkey, Staples increasingly out of reach as falling currency pushes up prices 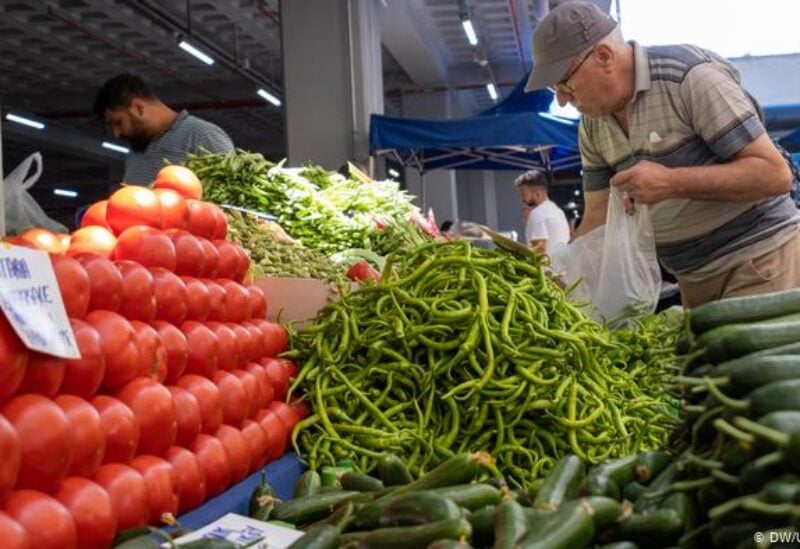 Gulay Avsar is a regular at a market in Ankara’s old town, where prices are more reasonable than most other places in the Turkish capital.

But even here she struggles to fill her basket with staples such as cheese and olive oil, which seem to grow more expensive by the day.

“This is the third time I come to buy cheese and walk away empty-handed because of the prices,” she said. “Everything costs so much.”

In trouble even before the coronavirus pandemic, the Turkish economy is now on the edge of a precipice.

While the economy officially expanded by nearly 6 per cent in the last three months of 2020, growth came at the expense of a government credit push that sent consumer prices soaring.

The annual inflation rate shot up to 15.6 per cent by February, while the Turkish lira has lost more than half its value against the dollar since the start of 2018.

For Ms Avsar, 65, this means her meager  pension buys less and less.

“Olive oil is now worth its weight in gold. This is what a man should offer his beloved to impress her,” quipped another shopper, Ahmet.

Behind the stoic sarcasm lies the stark reality of Turks slipping into poverty, which is officially defined as an income of less than $4.30 a day.

The World Bank estimated that 13.9 per cent of Turkey’s population, almost 12 million people, were living in poverty at the time of its last report in April 2020.

Hacer Foggo, founder of the NGO Deep Poverty Network who has worked with Turkey’s poor for 20 years, said she has never seen the situation more dire.

“Access to food has never been as big a problem as it is today,” Ms Foggo said.

“Before, if you didn’t have food, you would ask your neighbours. But today, the neighbours don’t have anything either.”

Some of Turkey’s poorest neighbourhoods can include a mix of construction workers, people who pick over rubbish for recycling, and women and children who work as street vendors.

“I have seen moms who feed their babies soup from a packet because they can’t afford baby formula,” Ms Foggo said.

Formula “is so expensive that supermarkets put it under lock and key, as if it were a luxury product”.

She said Turks who had never thought about poverty were now turning to her NGO for help.

Ms Avsar knows all about it, admitting that she can no longer afford to pay the gas bill, leaving her with no heat in the middle of winter.

“The government doesn’t care. To them, these worries don’t exist,” she said.

The problem came to a head in October, when a video of a trader telling President Recep Tayyip Erdogan he “could no longer bring home bread” caused an uproar.

“It seems like an exaggeration to me,” Mr Erdogan replied.

In power for 18 years, Mr Erdogan peppers his daily speeches with imagery of the country rebounding and growing into “one of the largest economies in the world”.

But Erinc Yeldan, an economist at Istanbul’s Kadir Has University, said Turkey’s president was paying for the mistake of emphasising growth at any cost.

The result is soaring inflation, the central bank burning through most of its reserves trying to prop up the lira, and the erosion of foreign investor confidence in Turkey.

Mr Erdogan overhauled his economic team late last year, but Mr Yeldan said the damage had already been done, hurting the poorest the most.

He pointed out that the official inflation rate is only an average.

“It is much higher, about 22 per cent, for food products that people of modest means spend most of their money on,” he said.

The cumulative price increase for food since 2018 was about 55 per cent, he said – about the level of the lira’s depreciation against the dollar in the same period.

Mr Erdogan fired back at his critics by accusing trader and merchant lobbies of trying to make unfair profits.

“They are creating imaginary enemies to keep the discontent from turning against the government,” Mr Yeldan said.

Mr Erdogan promised to unveil a new economic reform package on Friday, in what appears to be an acknowledgement of the level of public discontent.

“There is a real governance problem,” he said.