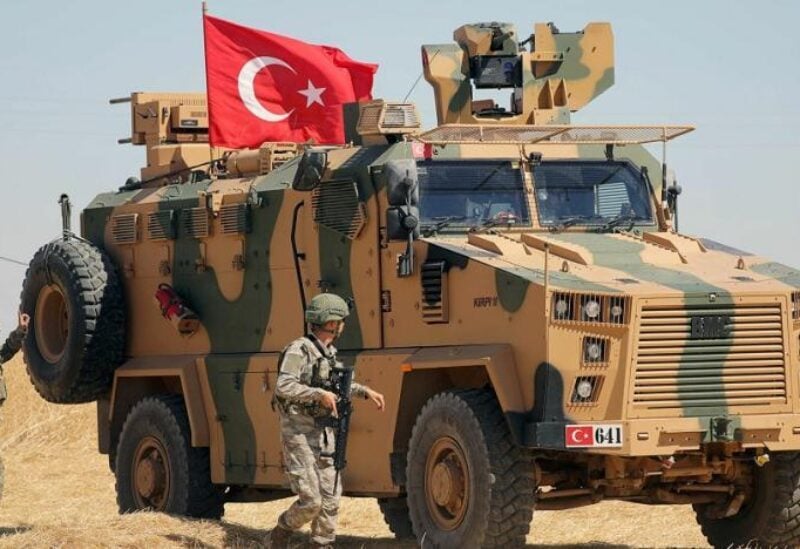 Some 400 Turkish forces deployed in the de-escalation zone in northwestern Syria would likely redeploy in northern Iraq to fight the Kurdistan Workers’ Party (PKK), reliable sources told the Syrian Observatory for Human Rights on Sunday.

“Four hundred Turkish troops have packed up and finished their preparations to withdraw from the de-escalation zone as part of an initial batch that will exit the area,” the sources said.

There are more than 13,500 Turkish soldiers deployed in 60 military points across the de-escalation zone in Idlib and the countryside of Aleppo, Hama and Latakiya.

Last year, the Turkish army carried out ground and air raids against the PKK in northern Iraq.

Meanwhile, Syrian regime forces have targeted areas in Al-Fatirah, Safuhan, Fulayfil and Baynnin in Jabal Al-Zawiyah in the southern countryside of Idlib and they fired heavy artillery shells on Al-Ankawy and Al-Fatatra villages in Sahl Al-Ghab area.

Also in the past three days, the Turkish military and the Syrian National Army (SNA) factions, loyal to Ankara, escalated their attacks on the countryside of Tal Tamr in the north of Hasakah, an area controlled by the Syrian Democratic Forces (SDF).

The shelling damaged cables and caused electricity outages in the area.

The SNA factions carried out intense artillery shelling on the villages of Dardara, Tal Shanan and Tal Jumaa in the Tal Tamr countryside, with no reports of casualties.

The Observatory reported that a Turkish drone targeted a military vehicle in the vicinity of Hoshan village, west of Ain Issa, in the northern countryside of Raqqa, while Turkish forces bombed the village.