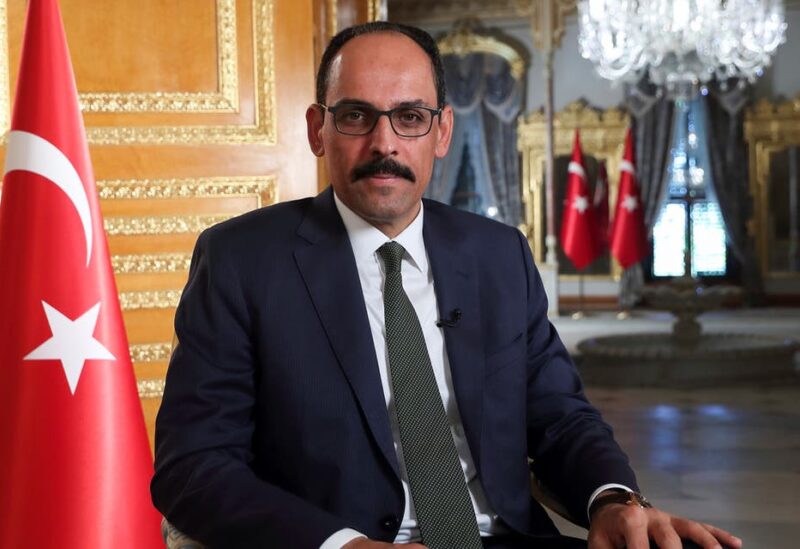 “Opening such a new page with the UAE is a positive development. This process reached a certain level of maturity during the past five or six months, when many meetings were held, including ones with our Foreign Minister,” Turkish broadcaster TRT quoted Kalin as saying.

“The person who came, Sheikh Tahnoun, has a decisive role in the UAE. His coming to Turkey himself was a message of its own,” Kalin added.

The spokesman said the Ankara and Abu Dhabi agreed that any relations between Turkey and Gulf countries should be based on mutual interests and respect, and that there will be further steps to establish those ties in the near future.

Turkey and Gulf countries have long backed opposing sides in regional conflicts such as the war in Libya.

Ankara also supports the Muslim Brotherhood, which Saudi Arabia and the UAE designate as a terrorist organization.

As for Turkey’s ties with Egypt, Kalin said meetings between both sides were being held to establish a strong foundation for better ties between the two countries.

Ties between the two countries have been strained since Egypt’s army ousted Muslim Brotherhood President Mohammed Mursi, an ally of Turkish President Recep Tayyip Erdogan, in 2013.

For months now, Turkey has worked on de-escalating its public rhetoric towards Egypt and Gulf countries, appearing to be extending olive branches in an effort to bolster its ties in the region.

Analysts say, Ankara’s recent change of course reflect its expectation to lose Washington as an ally after US President Joe Biden took office and his administration made clear it would not stand for Turkey’s human rights violations.