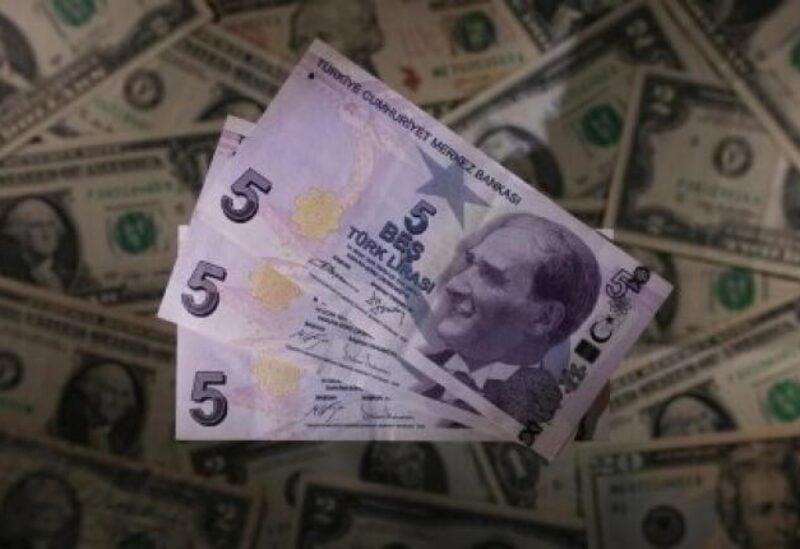 On Wednesday, the Turkish currency fell for the third day in a row, falling 5.6 percent and erasing the large gains gained the previous week, as concerns about increasing inflation and unconventional monetary policy remained.

After minimal early reaction to the central bank’s (CBRT) 2022 policy paper, which said that it will monitor risks associated to the foreign currency market and do what is required to guarantee its smooth operation, the losses accelerated.

By 1253 GMT, the currency had plummeted to 12.5 lire. Despite a 50 percent increase last week as a result of government-backed market interventions, it has lost 40 percent of its value this year.

“The CBRT has no commitment to any exchange rate level and will not conduct FX buying or selling transactions to determine the level or direction of the exchange rates,” the bank said.

It said it would monitor closely the impact of its policy decisions in the first quarter and “the policy framework will be reassessed in order to create a foundation for sustainable price stability.”

The lira surged last week after billions of dollars worth of state-backed market interventions and a government move to cover FX losses on certain deposits, restoring the currency back to its mid-November levels.

The recovery came after President Tayyip Erdogan unveiled an incentive for savers to convert forex deposits into lira, under which their losses incurred due to any erosion in lira value during the deposit period would be reimbursed.

Hasnain Malik at Tellimer said this provided a free currency hedge to domestic savers if the lira depreciates.

“But this also implies higher quasi-fiscal costs should the credibility of this hedge or the currency weaken,” he said.

The lira hit an all-time low of 18.4 to the dollar before Erdogan’s announcement, after weakening for months due to fears of surging inflation following a series of interest rate cuts sought by the president.

Annual inflation is forecast to have hit 30.6% in December, a Reuters poll found, breaching the 30% level for the first time since May 2003 – six months after Erdogan’s AK Party first came to power.

Turkish lira implied volatility gauges – a measure of demand for options on the currency rising or falling against the dollar – held near record highs hit in recent days, data from Fenics showed. , ,

Meanwhile, sovereign dollar bonds chalked up healthy gains, with some longer-dated issues snapping a two-day losing streak to rise as much as 1.3 cents in the dollar and trade at their highest level since mid-December, Tradeweb data showed. ,

According to traders’ calculations, the central bank’s net forex reserves, excluding swaps, fell some $8 billion last week, with most of the fall in the first two days of the week. They were down $17-$18 billion as of last Friday since the start of the month, when the bank began its direct interventions.

The central bank has cut its policy rate by 500 basis points to 14% since September.