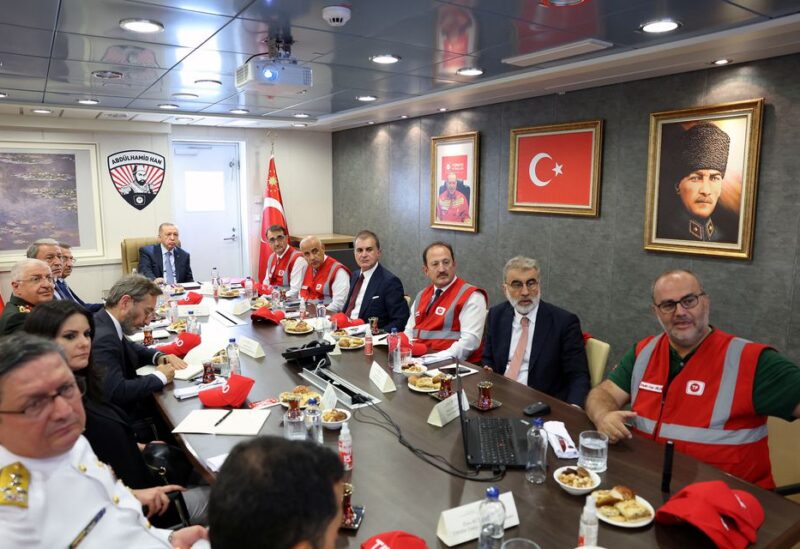 After a two-year hiatus, Turkey began hydrocarbon drilling operations in the eastern Mediterranean on Tuesday, however President Tayyip Erdogan said the new drill ship would operate outside of waters also claimed by Cyprus.

Erdogan stated that the Abdulhamid Han, Turkey’s fourth drill ship, will operate 55 kilometers off the shore of Gazipasa in the southern coastal province of Antalya.

“The survey and drilling work we are conducting in the Mediterranean are within our sovereign territory. We do not need to receive permission or consent from anyone for this,” he said, speaking at a ceremony to launch the ship in Turkey’s coastal Mersin province.

The launch comes at a time when long-running tensions between Turkey and Greece have risen again, with Erdogan accusing Athens of arming islands in the Aegean Sea that have a demilitarised status. Athens rejects this.

Natural gas discoveries in the eastern Mediterranean in the past decade have made the region a viable alternative energy source for Europe, but also exposed disputes between neighbouring countries in the region over rights to the resources.

A Greek government spokesperson told reporters on Tuesday that Athens is monitoring the situation carefully.

“We need to be vigilant … We’ve always been doing what we have to do to have stability in our region and to fully defend international law and our own sovereign rights,” spokesperson Giannis Oikonomou said.

Ankara said the 238-metre (780.84 ft) Abdulhamid Han is the largest and the most technologically advanced deep sea drilling ship in its survey and exploration fleet. It can drill down more than 12,000 metres.

Turkey has not sent a drill ship to the eastern Mediterranean since the withdrawal of the Yavuz drill ship from contested waters in September 2020.

The Yavuz, Fatih and Kanuni drill ships have been operating in the Black Sea, where Turkey discovered a natural gas reserve with a volume of 540 billion cubic metres.

Turkey is almost completely reliant on imports to meet its energy needs and rising global energy prices have derailed the government’s plan to flip its current account deficit to a surplus.