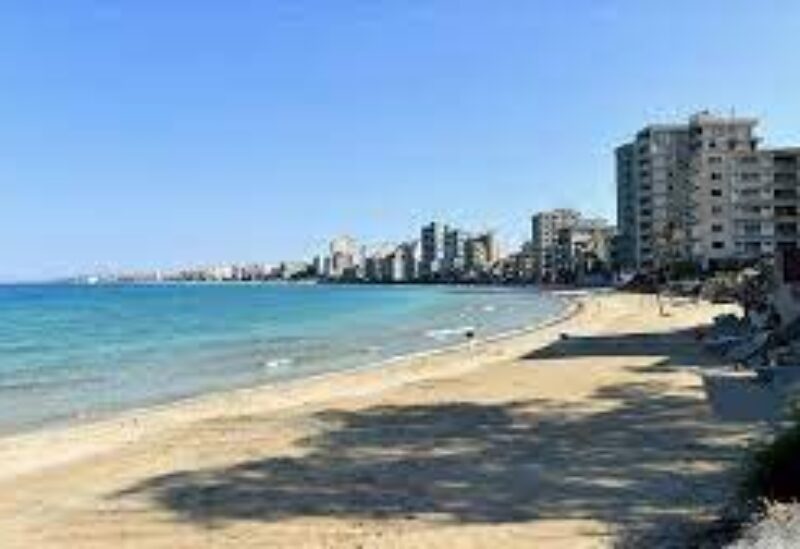 Since the partial reopening of the coastal region to the public in 2020, more than 200,000 tourists have visited Maras in the Turkish Republic of Northern Cyprus (TRNC).

Maras, or Varosha in Greek, had virtually become a ghost town as it remained cut off from the world for some 47 years.

A portion of the region – just about 3.5% of the total area – has been reopened since last October, with people welcome to visit between 8 a.m. and 8 p.m. daily.

Municipal authorities of Gazimagusa, which includes the coastal Maras area, have made arrangements for visitors, such as refreshment kiosks and bike rental points.

Sunbeds and umbrellas have also been placed along the two main beaches, while multiple social events are also regularly organized.

Maras was abandoned after a 1984 UN Security Council resolution saying that only its original inhabitants can resettle the town.

Entry into the town was forbidden except for Turkish army personnel stationed in the TRNC.

Ethnic attacks starting in the early 1960s forced Turkish Cypriots to withdraw into enclaves for their safety.

In 1974, a Greek Cypriot coup aimed at Greece’s annexation led to Turkey’s military intervention as a guarantor power to protect Turkish Cypriots from persecution and violence. As a result, the TRNC was founded in 1983.

The Greek Cypriot administration entered the EU in 2004, the same year Greek Cypriots thwarted the UN’s Annan plan to end the longstanding dispute.