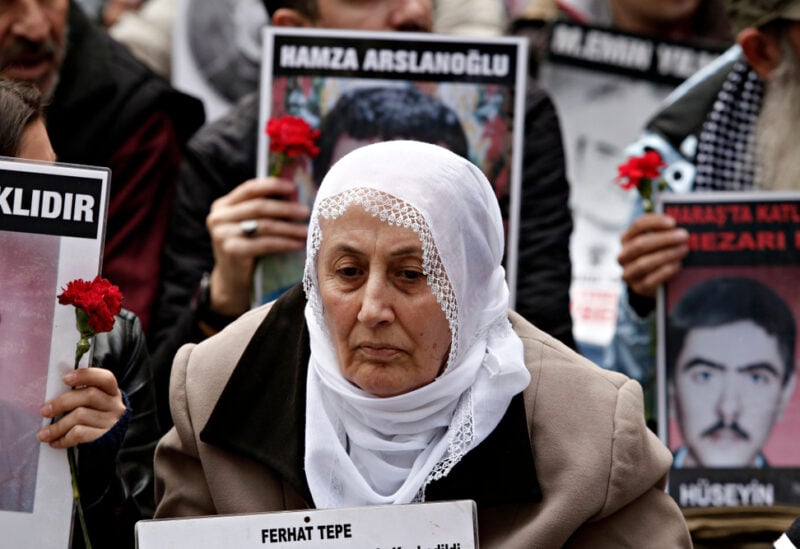 Forty six members of  Turkey’s Saturday Mothers had their first hearing of trial on Thursday . The group that campaigns to find the whereabouts of sons, fathers and husbands who disappeared after the 1980 military coup — began on March 25 in Istanbul.

They have been gathering in Istanbul’s Istiklal Street’s Galatasaray Square every Saturday since May 27, 1995. Their protest is partly inspired by the Mothers of Plaza de Mayo in Argentina who demanded to know the fates of loved ones who disappeared during their country’s dictatorship.

The forty-six group members face charges of disrupting public order by “resisting police forces” in 2018, despite exercising their right to peaceful assembly, guaranteed by Article 34 of the Turkish constitution.

In August 2018, the ruling Justice and Development Party (AKP) banned the Saturday Mothers from assembling. During their 700th vigil, the police intervened brutally with tear gas and detained protesters, including 83-year-old Emine Ocak, dragging some of them to the ground.

Domestic and international rights groups monitoring the hearing have called for the dropping of all charges as well as the lifting of the unlawful ban on the peaceful sit-ins.

If found guilty, the 46 individuals, who include political activists, journalists, human rights defenders and relatives of victims, will face a jail term of between six months and three years.

A statement was read out on behalf of the group ahead of the trial emphasizing their determination not to give up their struggle for rights.

A joint public statement released by Amnesty International, Human Rights Watch and Front Line Defenders said: “The baseless prosecution of these 46 individuals for exercising their rights to freedom of expression and peaceful assembly in defense of human rights is only the most recent government action in a relentless crackdown on civil society, human rights defenders and those who peacefully express their dissent in Turkey.”

Enforced disappearances were common during the 1980s and 1990s in Turkey as people, mostly left-wing and pro-Kurdish activists, were kidnapped, detained or unofficially taken into custody by individuals who introduced themselves as state officials.